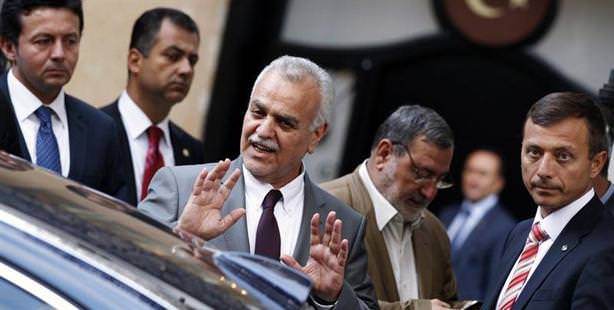 Iraq Vice President Tariq al-Hashemi has been sentenced to death by an Iraqi court trying the politician for 150 charges in absentia. Hashemi and his son-in-law were sentenced on Sunday with murdering an attorney and a general.

The highly controversial case which has been ongoing since last year in Iraq, where bombs explode rampantly due to the political tension between the nation's Kurdish, Sunni and Shiite factions, came to a close yesterday. Last December contention surfaced between Shiite Prime Minister Nouri al-Maliki and the Sunni Vice President Tariq al-Hashemi regarding the withdrawal of U.S. troops Iraq. Qualifying the issuing of an arrest warrant in his name by Maliki as "witch-hunting", Hashimi departed the capital Baghdad and moved to the Kurdish region in Northern Iraq.

Al-Hashemi, whose bodyguards were also arrested in connection to the charges, was tried in absentia with his lawyers' representation. Calling the case "political", al-Hashemi refuses to accept any of the charges issued against him by Maliki. The trial involving 150 charges against al-Hashemi came to a close yesterday with the Vice President found guilty of the murder of an attorney and a general. The court also charged Hashemi with forming death squads.

Abdul-Sattar al-Birqdar, a spokesman for the judiciary council released an announcement following the sentencing stating, "The high criminal court has issued a death sentence by hanging against Tareq al-Hashemi and his son-in-law assistant Ahmet Kahtan."

The announcement also stated that the ruling was based on Article four of the Anti-Terrorism Act and includes the right to appeal.

Hashemi, who left Baghdad after a warrant was issued for his arrest in December and moved on to the Kurdish region in Northern Iraq and then to Qatar, has been in Turkey for the past four months. Yesterday, the Iraqi Vice-President paid went to Ankara from Istanbul in order to pay a visit to Foreign Affairs Minister Ahmet Davutoğlu.

During the meeting, Davutoğlu delivered the message to Hashemi, that Turkey is "behind you completely and you can stay as long as you like."