The ‘foursome’ on Syria meets in Cairo 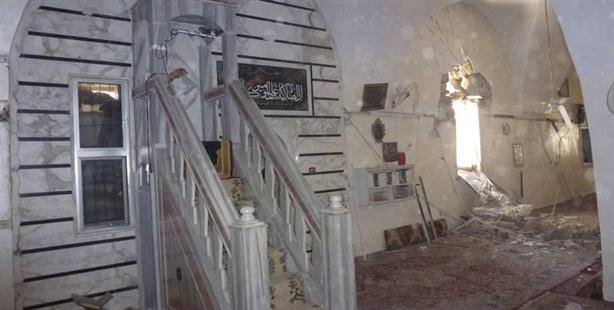 The Syria Foursome Contact Group pioneered by Egypt and including Turkey came together in Cairo. Bashar Assad’s forces however continued their hunt down of the opposition.

Turkey's Damascus Ambassador Ömer Önhon represented Turkey in the first meeting of the Syria Contact Group that was established during the Organization of Islamic Cooperation Summit which took place in Mecca, Saudi Arabia last month. Önhon delivered the message that they are ready to contribute in any way to ensure that stability is secured in Syria as soon as possible. Iran sent Deputy Minister of Foreign Affairs Hüseyin Amir Abdullahyan to the meeting.

Next week, the second foursome meeting will have Foreign Minister Ahmet Davutoğlu representing Turkey. Meanwhile, the UN and Arab League Syria Envoy Ahdar El İbrahimi says that the UN will not be able to issue a no-fly zone for Syria.

While diplomatic efforts to solve the crisis are ongoing, Bashar Assad's forces are continuing their hunt down of the opposition. Syrian armed forces continued to stage operations using heavy weapons in a variety of cities that resulted in 30 deaths. The heavy bombardment ongoing in Hula, which is close to Homs, also targeted mosques, leaving one completely destroyed. A bomb explosion the day before yesterday resulted in the deaths of 27 civilians. Meanwhile, the opposition forces killed 20 soldiers in the Syrian military.

ASSAD: IF THE PUBLIC SELECTS SOMEONE ELSE I WOULD LEAVE

Syrian President Bashar Assad has told Russia he would be ready to step aside if Syrians chose another leader in an election, Russian Vice Minister Mikhail Bogdanov said in remarks published on Monday.

French newspaper Le Figaro quoted him as saying in an interview after meeting Syrian dissidents in Paris that the "regime is still solid" and supported by an important part of the population who feared those who could take his place.

"Assad told us himself. But I don't know how sincere he is," Bogdanov said. "But he clearly told us that if the people didn't want him, and if they chose a different leader in an election, he would go."