Four Turks take their spots in the Dutch Assembly 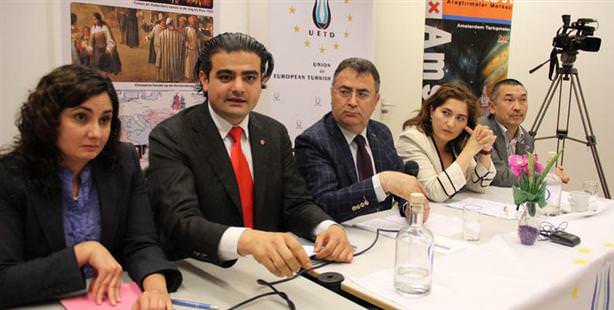 The Liberal Party was the stand out in the Dutch elections, dealing a heavy blow to extreme rightist Geert Wilders. Three Turkish MP’s from the Labor Party and one Turkish deputy from the Socialist Party secured their spots in the Dutch Assembly.

Wednesday's early general elections in the Netherlands brought the pro-EU central right and left parties to the forefront while the extreme rightist, with their anti EU campaign, suffered a significant loss in votes.
According to the non-official results, out of a total 14 candidates with Turkish heritage, Keklik Yücel, Tunahan Kuzu and Selçuk Öztürk from the main opposition Labor Party PvdA and Sadet Karabulut from the Socialist Party were given seats as MP's.

The Liberal Party VVD increased their total 31 seats in the 150-member parliament up to 41, while PvdA increased their number of deputies from 30 to 39. Geert Wilders' extreme rightist Freedom Party PVV went from 24 seats down to just 15 in an election now being referred to as the 'fall of Wilders.'

According to Tunahan Kuzu, who was elected as an MP for the main opposition PvdA Party, should members of other parties with Turkish candidates join the government, the number of Turkish deputies in the Dutch Assembly could go up to six. "There should no longer be any distinction between the Dutch and third generation Turks. We have shown that we have integrated extremely well."

According to the Dutch election law, any MP's that are appointed as ministers or undersecretaries, open up additional positions from which the top names on the list can come in as deputies to replace them.