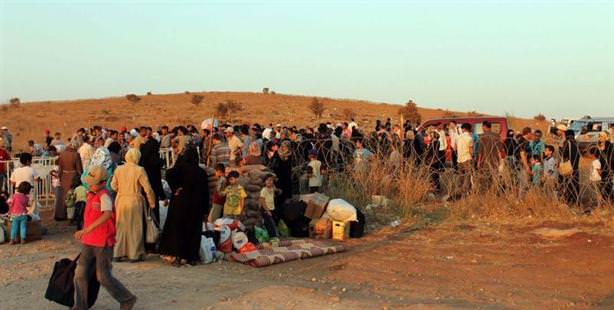 Generals from the Assad regime’s military continue to defect their native land, seeking solace in Turkey.

With the arrival of two more generals to the Hatay border yesterday, the total number of Syria generals being hosted in Turkey has now reached 22.

Violent clashes that continued yesterday in Syria, with regime forces using heavy machinery against the opposition in a variety of cities throughout the country resulted in 30 deaths, 12 of which were soldiers.
Meanwhile, the announcement that Syrian rebels have moved their headquarters from Turkey to Syria has found echoes throughout the international press.

The New York Times remarked on the move by writing, "While the rebels still need Turkey as a haven and arms conduit, a move into Syria may allow them to exercise more control, for instance, reducing the influence of groups favored by Turkey, like the Syrian Muslim Brotherhood."

In an article also published on the transition, Washington Post quoted Soner Çağaptay of the Washington Institute for Near East Policy, who stated, "This could be a key development, giving the FSA the chance to become the Syrian opposition to Assad instead of running the risk of turning into 'Turkey's opposition' to Syria's president."