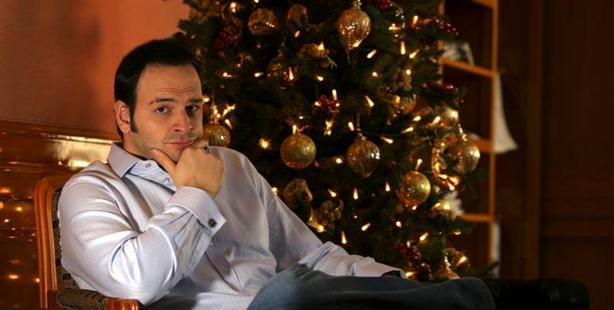 There are a number of famous Turkish performers who have found their fame in Germany. Because they didn’t learn to speak Turkish as a child, they are now facing difficulties later in life learning their native language.

These famous figures in Germany were first pushed by their families to learn German, and most of them never went on to learn Turkish. These Turks have all made it in Germany, becoming well-known performers in their own right, however when it comes to the question of whether they can speak their native language, they have not yet honed that skill. When they find themselves in situations where they are expected to be able to speak Turkish, they say that it is because they didn't learn the language when they were young that they are facing such difficulties now.

Twenty-eight year old Aylin Tezel who plays a police officer in Tatort, the highest-viewed police television series in Germany and also has a role in a Turkish film says that she still can't speak Turkish. Tezel recalls that her family always told her to learn to speak German first, and therefore, because she never spoke the language as a child, she has never been able to go back and reclaim that chance.

"IT WOULD BE AN INSULT"

When Comedian Kaya Yanar (39) was asked, "How many words do you speak in Turkish?" during an interview, he responded by stating, "Actually, I know quite a few, but to say I speak Turkish would be an insult to those who actually do." Yanar explains that he gave up learning Turkish in high school, "Out of the fear that I wouldn't be able to learn German, my father tried to promote my not speaking Turkish."
Stand-up comedian Bülent Ceylan (36) is another Turkish performer who doesn't speak the language. Despite being born in the intensely Turkish city of Mannheim, Ceylan can only speak very little Turkish. Ceylan attributes this to his father, who used to say, "First learn German." Now Ceylan Speaks German, Russian and English, all better than he speaks Turkish. Ceylan calls it "a shame" that he neglected learning his own language of Turkish.

"MY TURKISH IS POOR"

Urçun Salihoğlu who plays Erol Sander, the highly successful former chief of police in Tatort, one of Germany's most popular television shows, has been quoted as saying, "My roots are Turkish, however my homeland is Munich. I speak the Bavarian accent better than I do Turkish. In fact my French is even better than my Turkish," he says.

Aylin Tezel, the new face in the popular police-crime show Tatort, which has been running in Germany since the 1970's, has received a positive response from the shows' fans.

On Sunday's episode, which was the first in the new season, the shots taken in Dortmund and the city's surroundings stood out, while Nora Dalay, a police chief played by Aylin Tezel, received high praise.
Aylin Tezel, the daughter of a Turkish father and German mother, has previously had roles in "Türkisch für Anfaenger" and "Almanya-Wilkommen, both German television shows. It was her successful performances in those prior television series that secured her role in the popular show Tatort.

This is a translation of an article originally written by Mesut Hastürk.