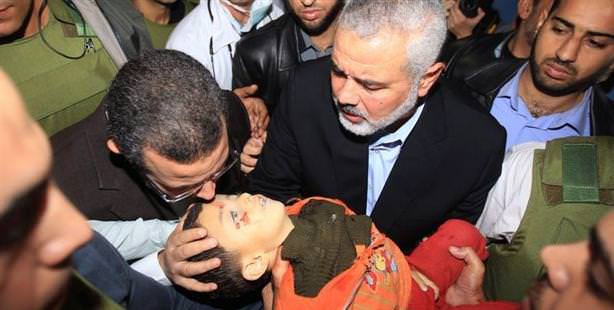 Nineteen Palestinians have been killed in Israel’s “Pillar of Defense” assault on Gaza. Israel has announced the attack on Twitter. Meanwhile, the United States and England are supporting Israel, while a U.N. session on the violence failed to reap results.

Israel has continued to bomb Gaza in an offensive started late Wednesday and has added ground and naval strikes to their repertoire. With over 100 bombs being let down on Gaza, schools within a 40 kilometer- range have been closed. Announcements are being made to the public to remain indoors.
While this is stated to be the biggest military offensive since 'Operation Cast Lead' in 2008, despite the civilian losses, the international community seems far from making any concrete steps…

As of yesterday, the death toll in Palestine was at 19, with 166 people wounded from the attacks. According to the information coming in, at least 50 targets have been struck in the center of Gaza. An ambulance carrying wounded patients was also targeted. The home of Palestinian Prime Minister Ismail Haniyeh was also targeted by airborne bombs, striking the generator in the garden.

Israeli Prime Minister Benjamin Netanyahu has announced that they are ready to expand the offensive and said that this was an assault intended to be a response to Palestinian organizations prior to the January 22nd general elections. Netanyahu has called 30,000 reserve soldiers to active duty.

The Israeli Ministry of Defense announced Israel's attack on Gaza in a single message released on Twitter in what has become the first time that a war was announced in 140 characters on a social media website.

Israeli warplanes are releasing announcements in Arabic warning the civilian public to not join forces with the 'armed militants'. Egypt meanwhile has announced they will be keeping the Refah Border Gate open for two days straight.

Britain's Minister of Foreign Affairs William Hague condemned Hamas' rocket attacks placing full blame for the current conflict with Hamas. Deputy State Department spokesman Mark Toner told journalists, "We ask Egypt to use its influence in the region to help de-escalate the situation." U.S. Secretary of State Hillary Clinton spoke with Foreign Minister Davutoğlu over the phone. Egyptian President Morsi called the situation "unacceptable" and invited the U.N. to intervene. However an emergency hour and a half U.N. Security Council session reaped no results.

A FLOOD OF RAGE IN TURKEY

Israel's assault on Gaza was protested throughout the country in Turkey on Thursday. Crowds gathered in front of Fatih Mosque in Istanbul and marched to Edirnekapı. In Ankara, protesters staged a demonstration in front of the Israel embassy. Groups gathered in Kocaeli, Kütahya, Van, Adana, Elazığ, Adıyaman, Bilecik and Kayseri chanting slogans against Israel. In Konya, a ceremonial funeral was held for those who lost their lives in the strike.