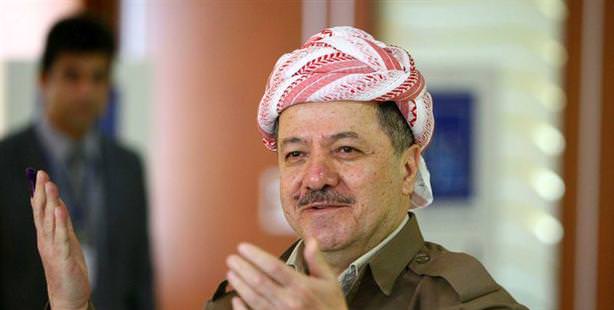 Turkey's Baghdad Ambassador Yunus Demirer pointed out the importance of Barzani's role in the region and stated that the further advancement of Turkey and the Kurdish Regional Government benefits regional stability.

Clashes between Iraqi soldiers and Peshmerga

The tension between the central Iraqi government and the Kurdish administration has turned into outright conflict.

While the central government has been deploying soldiers to the surroundings of cities highly inhabited by the Kurdish population, the news of clashes have come in from Tikrit.

Troops from Dicle have been deployed by the Maliki administration in Tikrit and are engaging in conflict with the Peshmerga stationed in the region by KRG President Massoud Barzani.

Twelve Iraqi soldiers and one civilian were killed in the conflict. Iraqi President Jalal Talabani arrived in Erbil yesterday in order to better evaluate the situation. Today, Talabani meets with Barzani to discuss the tension between the KRG and the central administration.