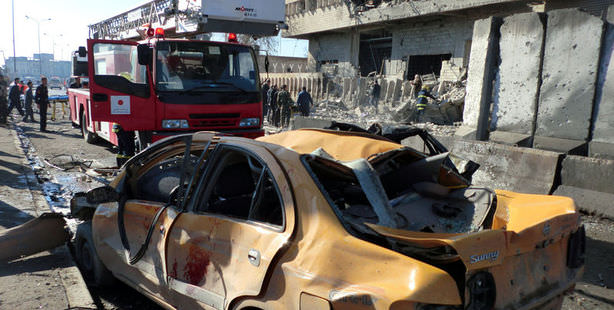 At least 35 people were killed and over 90 wounded in the northern Iraqi city of Kirkuk on Sunday when gunmen tried to storm a police headquarters using two bomb-laden vehicles and hand grenades.

An armed group tried to take over a police headquarters in the northern city of Kirkuk, in an attack which started with a suicide bombing and killed at least 35 and wounded over 90 people.

A suicide bomber detonated a truck packed with explosives outside a police headquarters and gunmen disguised as officers tried to storm the compound. Police said the bomber triggered the huge blast near a side entrance to the police building, demolishing part of a government office nearby.

"A suicide bomber driving a vehicle packed with explosives hit the entrance of the headquarters and after the blast gunmen in explosive vests attacked with AK47s and grenades, but the guards killed them," a police official said. Four militants were stated to have been killed by security.

Kirkuk Security Department Brigadier General Sarhad Kader is also said to have been wounded in the attack.
Violence has been escalating in Kirkuk and just last month an attack on the Kurdistan Party Headquarters killed 15.