“We dream of the Turkey model” 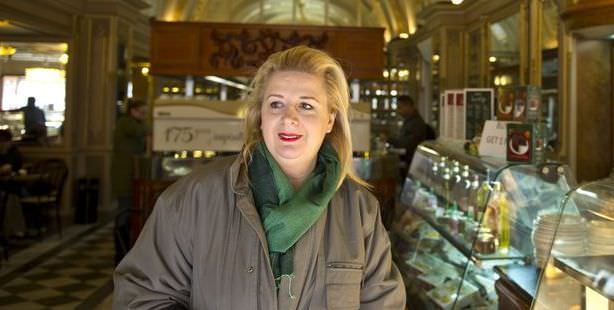 Süha Arafat says; “There are new dictators arising from the Arab Spring. Our dream is to be a free country like Turkey. However, we keep talking about the Turkish model without looking into what it actually consists of.

The Arab world had a hard time accepting Yasser Arafat's marriage to a young and beautiful Christian woman. Many people said it was Süha's love of power while others even said she was an Israel spy that drew her to marry Arafat. However, after her husband's death, Süha Arafat says she was subject to even more attacks and her relations with the Palestinian administration dissipated.

SABAH journalist Nur Batur held an exclusive interview with the wife of the greatly missed former leader of Palestine.
Let's not forget that until the age of 17, Süha lived in Jerusalem. She was the daughter of an Oxford-graduate father who was the West Bank's first banker and a mother who was the first Palestinian journalist to serve in an Israeli prison. After attending high school at a Christian school in Jerusalem, Süha Arafat went on to study at Paris' Sorbonne University.

On July 17th, 1990, Süha eloped with 63-year-old Yasser Arafat in Tunisia. At the time, Saddam Hussein was Palestine's greatest advocate, and Arafat its greatest supporter. Arafat paid a heavy price for coming up against Enver Sedat's peace agreement with Israel in 1978. He also paid a price for supporting Saddam. By 1992, Arafat was willing to accept the Camp David agreement, but there had already been a lot of water under those bridges.

"I remember being in Gaza in 1994, and Yasser Arafat would meet with Israel's Foreign Minister at the time Shimon Peres and the Hamas leader Mahmud Zahar. Israel practically gave the orders to Arafat to clean out Gaza, which was inhabited by one million Palestinians. As Israel continued to build settlements in the West Bank, Palestinians were cornered off and their ties being torn apart. Hamas leader Mahmud Zahar would say, 'Israel wants the Palestinians to kill one another, however we do not want a civil war.' Yet even he didn't stick to his words because it soon became quite obvious that Palestinians were embroiled in turmoil."

Süha Arafat offers up a comparison between Arafat and Atatürk and how there is no one else that could be compared to the two figures in their respective nations. "Arafat was a symbol just like Atatürk is. However, as soon as he passed away, Gaza turned into a sea of blood and all of the Palestinian groups he spent his life trying to bring together, disintegrated."

Commenting on the announcement of Palestine as a UN observer state, Süha Arafat says, "It was a big step. I want to offer my greetings to Mahmoud Abbas who signed onto this history through standing up to others. Like Arafat, he put his life in danger and has received death threats. However, he announced Palestine as a state. It was wonderful and a very difficult goal. Now, everyone's salary is in danger. Israel has halted salary payments from the funds collected from our taxes. Yes, we are a state and members of the International Court of Justice. I am even hoping to take Arafat's death to the international court."

When asked whether she believes that Israel and Palestine could ever live side by side, Süha Arafat says she is pessimistic. Israel continues to build new settlements, they continue to steal our land. There is no room left for a Palestinian state. That is the worst danger. They don't follow any UN rulings. I am extremely concerned about the Al Fatah-Hamas divide. If Arafat had lived, there wouldn't be this division, Like Atatürk, Arafat was a source of inspiration for his nation. We need a leader like Atatürk, he unified the entire country. We need an Atatürk in our Arab world," said Süha.

"Turkey actually offers a wonderful model. The Arab Spring is not transpiring in the style of Turkey. A new dictatorship is arising. Tunisia appears to be closer to the Turkish model. I hope that it ends up turning into the Turkish model. We are all dreaming of the Turkish model. I respect Hamas and I have friends there, however I still criticize them. They are pushing for Sharia. If you look at Turkey, there are women in bikinis at the beach. That's what the Turkish model is like. We talk about the Turkish model, but no one looks into the content. In Egypt, there are girls who get married at the age of nine or even seven. They take away women's rights. But look at Turkey. All of the women are open minded. They can drink if they like. Turkey is a free society and right now it has significant influence over the Arab world even through its television shows," says Süha Arafat.

An interview by Nur Batur.