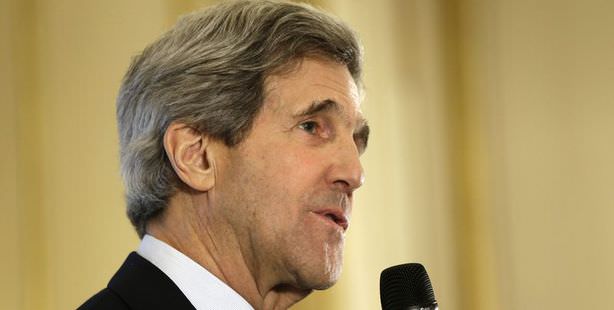 United States Secretary of State John Kerry, known for his talent in persuasion and who with his nearly 300 million dollar fortune was America’s wealthiest senator, arrives to Turkey today for a two-day trip on his first international tour since his appointment.

The United States' 68th Secretary of State John Kerry will be in Turkey today and tomorrow. Kerry, who is one of U.S. President Barack Obama's most trusted colleagues, plans to tackle a series of regional and global issues as well as to discuss bilateral relations with Turkey during his stay. The United States' new Secretary of State Kerry is widely considered to be a dignified, experienced politician talented in the art of persuasion in mediation and was also known for being the richest senator in America. John Kerry served as senator of Massachusetts from 1985 to 2013 and also chaired the Senate Foreign Relations Committee. Kerry's ancestry spans back to one of America's wealthiest families, the Forbes. It is speculated that his personal fortune is worth nearly 300 million dollars. When you include the companies left behind by his mother and his second wife Teresa Heinz's 740 million dollar fortune, it turns out Kerry is actually a billionaire.

The world knows John Kerry best for being the democratic candidate who narrowly lost out to George W. Bush in the 2004 U.S. presidential elections. It was during that campaign that Obama delivered his legendary keynote address at the 2004 Democratic National Convention. Obama and Kerry continued to work closely together in the years that followed. Kerry began serving as what seemed to be Obama's secret ambassador. Kerry conducted a number of significant efforts on behalf of Obama in the Middle East, especially Afghanistan, Pakistan and Egypt.

In one case, Kerry convinced Pakistan to return the parts of the U.S. helicopter that crashed in the operation that killed Al Qaeda leader Osama Bin Laden. When Obama nominated Kerry as the new Secretary of State he referred to him as having been immersed in "every major foreign-policy debate for nearly 30 years." Like Obama, Kerry also defends the viewpoint that it is advantageous to provide the opportunity for dialogue with countries such as Iran and Syria. With 27 years behind him as Chairman of the Senate Foreign Relations Committee, Kerry has already gained reputability and formed close relations with a number of nation leaders throughout the world. As Secretary of State, Kerry is expected to bring on new dimensions, especially regarding the civil war in Syria, Iran's nuclear files and the Israel-Palestine issue.

KERRY HAS AN IRANIAN DOCTOR SON-IN-LAW

Sixty-nine-year-old Kerry spent the majority of his childhood abroad due to his father being a diplomat. He studied political science at Yale. After graduating, Kerry joined the Naval Reserves and served two terms in the Vietnam War between the years of 1968-1969. Kerry began his political career in 1985 becoming Senator of Massachusetts, a position he was reelected five times to serve. He is married to Teresa Heinz and has a daughter from his first marriage named Vanessa Bradford Kerry. Kerry's daughter, a doctor, married an Iranian colleague. Perhaps the biggest difficulty that will be faced during Kerry's protocol will be his significant height at 1.93 meters tall.