Georgian FM: We have an exemplary relationship with Turkey 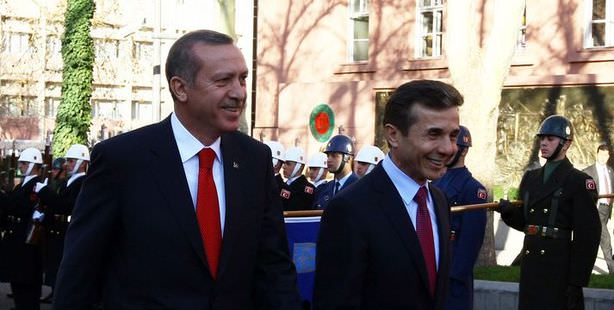 Speaking with SABAH, Georgian Foreign Minister Maia Panjikidze says that Georgian Prime Minister Bidzina Ivanishvili’s trip to Turkey last month, which was one of his first since taking office, has resulted in the beginning of a new era of friendship between the two nations.

Georgian Foreign Minister Maia Panjikidze stated that Turkey and Georgia relations have embarked on a new beginning since Georgian Prime Minister Bidzina Ivanishvili's visit to Turkey. Panjikidze said the leader of the Georgian Dream coalition Ivanishvili was greeted amicably in Turkey for a trip during which the two nations were able to reinforce their mutual trust. "Maintaining good relations with neighboring nations and normalizing ties with Russia is a priority in Georgia's foreign policy. In this regard, relations with Turkey constitute an example. There is no doubt our relations will advance increasingly," stated Panjikidze.

Panjikidze says that they have been trying to eradicate certain numeral limitations on importing and exporting both Turkey and Georgia-sourced industrial products with the Free Trade Agreement between Turkey and Georgia which went into effect on November 1st, 2008. The Georgian FM also said that the technical trial period for the Joint Border Crossing agreement signed on April 4, 2012 is ongoing and that the agreement will soon begin to be implemented.

Panjikidze also emphasized that the process of repatriating the Meskhetian or Ahiksa Turks to Georgia, an issue Ivanishvili discussed with Erdoğan during his trip, has already begun and said, "The process is gradually ongoing. The first phase was to receive applications from candidates who fit the status for repatriation. We received 5,841 applications for 8,900 individuals. A number of these applications were incomplete, which is an issue we are currently working on. Out of those, 864 people were granted repatriation status. Six have since applied for Georgian citizenship. We are working in close collaboration with international and non-government organizations on the repatriation strategy and the integration process. Everyone who has either been granted status or is a candidate, goes through the same procedures. We are working on trying to facilitate this process as much as possible," said Panjikidze.

'OUR FRIENDSHIP IS REFLECTED ON OUR COLLABORATION'

Foreign Minister Panjikidze says it is no coincidence that Georgian Prime Minister Ivanishvili made one of his first trips abroad to Turkey. During his February visit, the two nations' prime ministers agreed to establish protocol-free communication and to keep their mutual telephone lines open 24-hours a day, reminds Panjikidze, who went on to state, "These warm and amicable approaches are reflected on the decisions made in regards to bilateral collaboration. Friendly relations are the grounds of our success."
Minister Panjikidze also shared that during his stay, Prime Minister Ivanishvili invited his Turkish counterpart to visit Georgia, an invitation which Erdoğan received graciously.

This is a translation of an article originally written by Şule Güner.