Assad seeking a country for exile 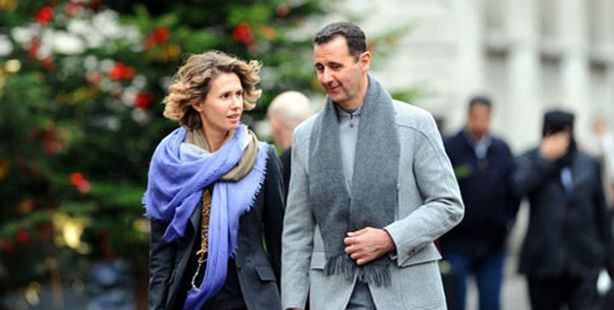 As the conflict ensues in Syria, President Bashar al-Assad is stated to be negotiating with a number of nations in order to abandon his nation and seek exile. First Lady Asma al-Assad is already claimed to have left.

When Prime Minister Tayyip Erdoğan announced during an interview on the U.S. television channel NBC that they have received information that the Syrian president's wife Asma al-Asad has left the country, all eyes turned to Ankara to question what sort of intelligence has been coming in to the capital. In addition to the strong details coming in that Asma al-Assad may have already fled the country, Erdoğan has also received exclusive information on the current situation in the unraveling country. Erdoğan was presented with new information regarding President Assad and his family, which includes the news that Assad's wife Asma and their children have left Syria.

The other critical information that has been received by the Prime Ministry regarding Syria and the al-Assad family is that the president is stated to be holding negotiations to flee the country himself. If the opposition continues to gain more ground, al-Assad, who is already cornered in Damascus, is said to be planning to flee to a third-party country as his final option. Al-Assad has supposedly discussed the option with four countries; however sources have not identified which countries these may be. Meanwhile, it has been 90 percent confirmed that al-Assad has indeed used chemical weapons on his public. Prime Ministry sources say they have strong evidence that proves al-Assad has used ricin gas.

A CALL TO EVACUATE QUSAYR

Conflict has intensified amongst the opposition and the regime in the town of Qusayr which is located in Homs. While the ongoing operations by the Syrian regime, which is being reinforced by Hezbollah militants, has now reached a critical stage, the regime has begun distributing notices in Qusayr and its surroundings that request civilians evacuate the region as soon as possible. In other news, British Prime Minister David Cameron met with Russian President Vladimir Putin to discuss the crisis in Syria. Russian Foreign Minister Sergei Lavros has also announced that they have sold S-300 missiles to Syria. Meanwhile, 68 people were killed in the country yesterday.