Details of the formula sans Assad have been clarified 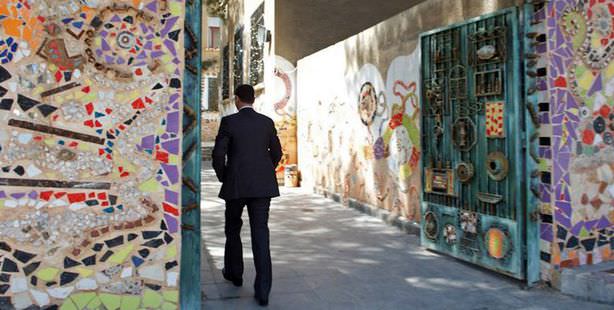 The formula for an Assad-free transition, for which a consensus was reached during Erdoğan’s meetings with Obama in Washington, will be the main agenda of the upcoming Second Geneva Conference. Accordingly, if Assad relinquishes all power, he may not be forced to leave the country.

The Friends of Syria Group meets in Amman today to establish the framework as well as coordination with the opposition for the upcoming Second Geneva Conference. A memorandum to be released at the end of the meeting is expected to transfer all of Assad's authority to the transition government, thereby lighting a green light for Geneva.

Foreign Minister Ahmet Davutoğlu will also be heading to Amman for a day trip today. On Thursday, the opposition is scheduled to meet in Istanbul. On that same day, the Arab League meets in Cairo to endorse the decision reaped from today's meeting in Amman.

Foreign Minister Davutoğlu, who wants to put an end to the ambiguity which surfaced from the first Geneva meeting will be relaying details of the road map agreed upon by U.S. President Barack Obama and Prime Minister Recep Tayyip Erdoğan during the latter's trip to Washington.

Davutoğlu, who will be relaying Turkey's stance, will be providing the following messages:

Assad does not have to leave the country. If he believes he will still be able to garner support then he may enter the 2014 elections. However, he should not retain any authority going into the election. He should not have any authority during this process whether he is an ordinary citizen or whether he remains in the presidential palace.

Assad will hand over his executive authority in its entirety and not solely the authority of the government at present.

The second meeting should not conclude in an open-ended process. Individuals who have blood on their hands should not be a part of the transition government.

The Syrian opposition will be represented by the Syrian National Coalition at the meeting.

The transition administration to be established will have full authority. They will be tasked with coordinating the 2014 Parliamentary and Presidential elections in the country.

Turkey is not opposed to Iran attending the upcoming Second Geneva Conference; however they also feel that no solution will be reached with Iran's consent. Therefore, should Iran choose to attend the Geneva Conference, the likelihood of a decision being reached is anticipated to drop. The Russian administration on the other hand has not yet agreed fully to an Assad-free transition. However, what is most attention-catching at the moment is the fact that Moscow seems to have put their assertion that the transition take place with Assad on the back burner.