“Wars are not won at the table” 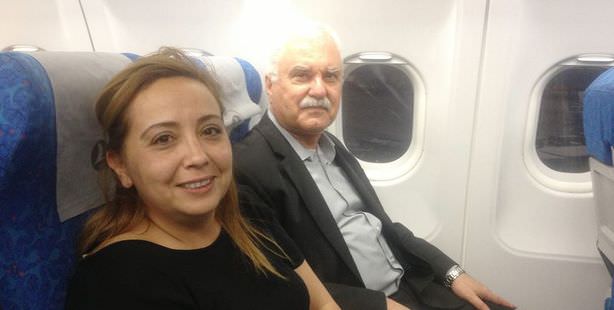 President of the Syrian National Council George Sabra says they are not hopeful regarding Geneva II and that there is no way they will attend a conference while the situation in Syria remains as it is. “You win a war on the battlefield and not at the table,” says Sabra.

Syrian National Council President George Sabra shared the opposition's concerns regarding the second conference to be held in Geneva aimed at reaching a solution to the crisis in Syria. Speaking to SABAH on his way to Istanbul from the Friends of Syria Core Group meeting held in Amman, Sabra expressed that they are not in favor of Geneva II being held now and are certainly not hopeful of a decision surfacing from the international meeting. "There is no way you can send me to a conference, while the situation in Syria as it is. You win a war on the battlefield and not at the table. You also don't win through negotiations," said Sabra.

'TURKEY IS OUR NUMBER ONE FRIEND'

Sabra said the reasons why they would prefer the meeting to be held six months from now is because all it will do will buy Iran and Syria some time. "Even our comrades that say we should go to the conference don't actually have a reason why they just say it would be better than leaving our seats empty."

Stating that even if the conference is held, no results will come of it, Sabra stated, "We don't have sufficient weapons. If the Assad regime didn't have the weapons support they do, they wouldn't last two to three months." Pointing out that Hezbollah is everywhere throughout Syria, Sabra stated, "Nobody thinks about what this will mean in the future."

Referring to the twin bombings in Reyhanlı as an indicator of the crisis spreading to neighboring regions, Sabra explained that the situation on the field is to the opposition's detriment. Assad has three friends: Iran, Russia and China. However to be honest, these three are stronger than 100 friends of Syria."
George Sabra said that they have divided the nations they are friendly with into three categories and consider Turkey to be the most friendly, after which follows Saudi Arabia and then Qatar.