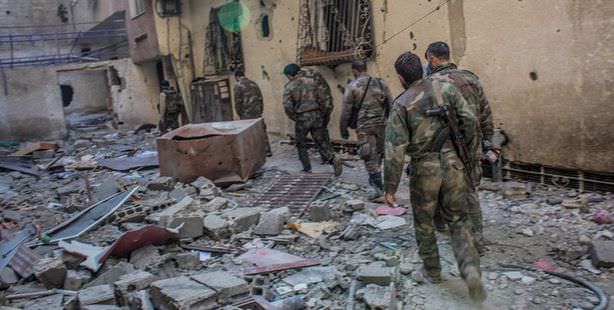 A meeting between U.S. Secretary of State John Kerry and Russian Foreign Minister Sergei Lavrov on the upcoming second Geneva Conference which aims to find a political solution to the crisis in Syria failed to reap a precise date for when the summit will actually take place.

After the critical meeting in Paris with Russian Foreign Minister Sergei Lavrov, U.S. Secretary of State John Kerry spoke with Foreign Minister Ahmet Davutoğlu over the phone. The ministers' first priority is establishing who will be representing the Syrian administration and who will be participating from the opposition. According to Turkish officials, the earliest the conference could take place would be in late June.

A high level diplomat who spoke with SABAH says that if the opposition gains power on the field then the second Geneva conference may reap concrete results. With the EU lifting the arms embargo on Syria as of June 1, it seems there may be a shift in balance. Meanwhile, during yesterday's UN Human Rights Commission meeting, the violations of human rights in Syria were condemned. The Syria National Coalition has released an announcement requesting that the second Geneva meeting provide an ultimate date and roadmap to reach a solution.

The Syrian Central Bank has announced that Iran has offered the nation two loans totaling four billion dollars and they are now working on a third.

Meanwhile, footage shows that the Seyide Zeynep tomb, which is believed to belong to the grandson of Prophet Muhammad, has been completely annihilated due to combat.