Assad: The missiles have arrived 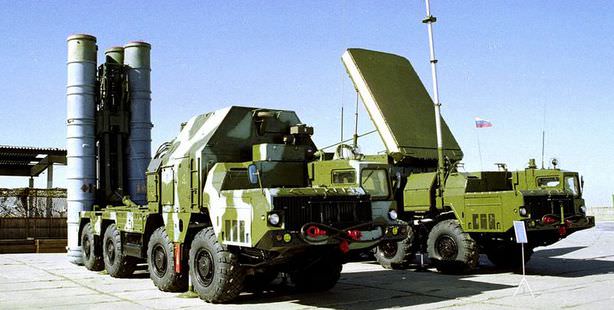 Syrian President Assad has announced that they have reaceived the initial delivery of S-300 missiles from Russia. Russian Defense Minister Shoigu stated “Russia may deliver new assault weapons to Syria.

While the international community is seeking out diplomatic means to end the crisis in Syria, Russia's delivery of weapons to Syria continues.

During an interview with Hezbollah's Menar television station, Syrian President Bashar al-Assad announced that Russia's arms delivery to Syria continues. In response to a question regarding the delivery of Russian S-300 missiles, Assad stated, "All of our agreements with Russia will be implemented, some have been implemented during the past period and, together with the Russians, we will continue to implement these contracts in the future."

In response to a question of whether there was the possibility of retaliation against Israel, Assad stated, "We have said very clearly that our army will fight the enemy wherever it is." Reiterating Syria's intentions to continue the fight for the independence of Golan Heights, which has been under Israeli occupation since 1967, Assad also affirmed that Hezbollah fighters are present along the Syrian-Lebanese border; however he said the Syrian army is leading these groups.

Meanwhile, Russian Defense Minister Sergei Shoigu criticized the recent lifting by the EU of a ban on supplying arms to the Syrian opposition and said that they may revise their decision regarding arms sales to the Syrian regime.

The Syrian opposition has announced that they will not take place in any international conference until the siege of Qusayr ends. From Istanbul on Thursday, George Sabra, the head of the Syrian National Coalition (SNC), said "The National Coalition will not take part in any international conference or any such efforts so long as the militias of Iran and Hezbollah continue their invasion of Syria."

CALLS FOR HELP FROM QUSAYR GET LOUDER

The calls for help are intensifying from the district of Qusayr, located in the state of Homs, which has been under siege by the Syrian army and Hezbollah forces for nearly two weeks now. With 80 percent of the district under the regime's control, doctors are now requesting emergency aid such as oxygen and medical supplies in order to be able to assist civilians. Doctors say that at least 1,500 are wounded in Qusayr and the lack of running water has only intensified the problems.

While patrolling the fencing area along the Hatay border with Syria, six Turkish soldiers were fired at from across the border. The soldiers responded with infantry rifles. An announcement from the General Staff stated that no one was harmed from the firing.

Syrians continue to enter Turkey from Syria. Within the past two weeks alone, a total 150 Syrians have entered Turkey, amongst them three generals, two colonels and 20 lieutenants.

This is a translation of an article written by Ceyda Karaaslan.