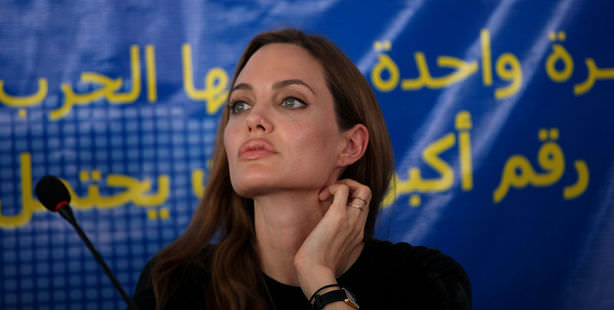 United Nations High Commissioner for Refugees (UNHCR) special envoy actress Angelina Jolie referred to the situation in Syria as being the worst humanitarian crisis of the 21st century.

Speaking from Zaatari Camp, Angelina Jolie appealed to world leaders to unite to bring an end to the violence and stated, "By the end of this year, half of Syria's population, in other words ten million people, will have been displaced and in desperate need of food, shelter and assistance." Angelina called for an immediate solution to be reached for this tragedy and said that her visit is aimed at drawing international attention to the crisis.