As the scandal grows: the U.S. also tapped Turkey 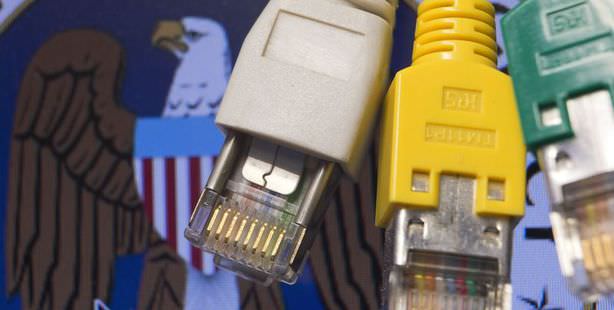 The latest document leaked by former CIA agent Snowden points to the U.S. tapping into the embassies of a total 38 different nations including Turkey. The United States has defended their actions by stating that every country has similar tactics.

After exposing the U.S. National Security Agency (NSA) for tracking telephone and internet records of millions of people worldwide, whistleblower Edward Snowden has now revealed that Turkey was one of the countries whose embassies and missions were tapped.

According to a 'special' report released by Britain's Guardian daily, one of the documents leaked by Snowden reveals that the U.S. diplomatic missions of a number of countries, including Turkey, were "targets". The article reports that the leaked document dated September, 2010 "details an extraordinary range of spying methods used against each target from bugs implanted in electronic communications gear to taps into cables to the collection of transmissions with specialized antennae."

EACH TARGET GIVEN ITS OWN CODE NAME

Just two days ago, Germany's Der Spiegel magazine published claims that Snowden has released information that the NSA spied on the European Union's offices in Washington and Brussels. On the day in which the EU announced that they were awaiting a response from the U.S. on the scandal, details were released that 38 foreign missions, including Turkey were also tracked by U.S. surveillance.

According to the document dated September 2010 and supposedly released by Snowden, who has been held up for the past week at the Moscow Airport, the list of targets includes embassies from Middle Eastern countries as well as France, Italy, Greece, Turkey, Japan, Mexico, South Korea and India. The list does not include England, Germany or other western European nations.

The document also showed that separate codenames had been assigned to different nations who were being tracked. According to the Guardian, the bugging operation at the EU mission at the United Nations was given the codename "Perdido".

The Guardian report also pointed out that it is not entirely clear whether the surveillance was being exclusively done or in combination by the NSA, the FBI or the CIA.

OBAMA: EVERY INTELLIGENCE SERVICE DOES IT

The first U.S. reaction to this newest scandal came from U.S. Secretary of State John Kerry. Speaking from Brunei, Kerry admitted he had yet to see details of the newspaper allegations, however he said the United States was not alone in using "lots of activities" to safeguard its security. "I will say that every country in the world that is engaged in international affairs and national security undertakes lots of activities to protect its national security and all kinds of information contribute to that. All I know is that it is not unusual for lots of nations," Kerry told a news conference.

ANKARA: IF IT'S TRUE THEN IT IS UNACEPTABLE AND WE WILL DO WHATEVER NECESSARY

Turkey is now closely following the allegations that the nation's U.S. missions may have been targeted. Speaking to SABAH, a Foreign Ministry official stated, "For Turkey's representatives to have been spied on is something we cannot possibly accept. If this is found to be true, then we will request an explanation from the United States. However, all that has been released thus far are the names of nations. We are waiting for the files themselves to be published."

GERMANY: EAVESDROPPING ON FRIENDS IS UNACCEPTABLE

French President Francois Hollande said the alleged action was intolerable and could hinder U.S. relations with Paris and the EU. "We want this to stop fast," he said. German government spokesman Steffen Seibert commented, "Eavesdropping on friends is unacceptable. We're not in the Cold War anymore." In Berlin, German Justice Minister Sabine Leutheusser-Schnarrenberger said the spying reports recalled Cold War hostilities. "It goes beyond any imagination that our friends in the United States view the Europeans as enemies," she said. German Chancellor Angela Merkel is said to be planning to meet with Obama to discuss the issue.

Officials in Japan and South Korea said they were aware of the newspaper reports and had asked Washington to clarify them. A Mexican official said Washington should apologize. "In my view, the first thing should be to offer an apology to the countries affected," said Gabriela Cuevas, head of the Mexican Senate's foreign relations committee.

Meanwhile, extreme rightist and leftist parties have appealed to the socialist government to grant former CIA operative Edward Snowden political asylum. Snowden is now holed up at an international airport in Russia, from where he has applied for asylum in Ecuador. Russian President Vladimir Putin said Moscow would never hand Snowden over, but that if he wanted to stay in Russia he must "stop his work aimed at harming our American partners". The 30-year-old American is in legal limbo in the transit area of Moscow's Sheremetyevo airport, unable to fly out because he has no legal travel documents and also has no Russian visa to leave the airport.