Europe says “one minute!” to the United States 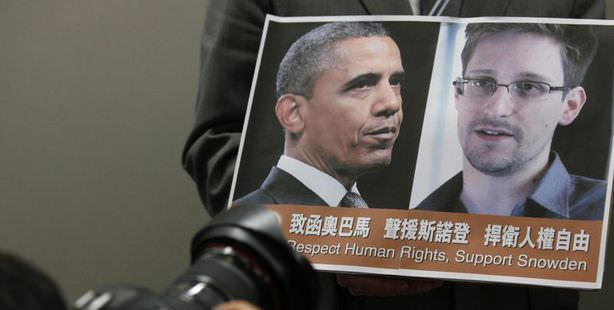 I grew suspicious at the start of June when the American media displayed a heavy traffic of non-domestic content. The hours of coverage on Istanbul and Brazil had no importance to the Americans.

Why were they insisting on continuing these broadcasts when the American public couldn't care less about what happened in Taksim?

Then I recalled some thing I had learned at the New School media academy, "Sometimes something is shown, to conceal another"…

The days they displayed a heavy traffic of content about Gezi Park, a former CIA and NSA operative, Edward Snowden, had leaked documents and information that would start a new period in the history of diplomacy. According to Snowden, the United States' intelligence agencies were illegally tapping quite a few people, domestically and internationally, for a variety of reasons. The depth of the scandal was revealed a little further in an article in last week's German Der Spiegel magazine.

Der Spiegel rocked the agenda by revealing that Snowden confessed to the surveillance and tapping of the US offices of 38 countries, including Turkey and countries within the EU. The claims are sufficient enough to start a diplomatic crisis. According to these claims, the buildings of international missions within the US are under both audio and visual surveillance in the form of digital bugs. The American intelligence also had special shifts for Germany. The Germans were not only targeted within the United States, but fell target to American agents even within Germany. On average, 20 million Germans were listened to in surveillance by the American "Prism" tapping system.

Naturally all countries involved in this film-like scenario responded harshly to these claims. The EU countries, at the front of which stand Germany and France gave signals that they would not let this pass easily. As the German government spokesperson said, "this cold war tactic has ruined our relationship of trust" while Hollande, the President of France, requested the immediate cease and desists of the tapping and also said that the meetings for the planned free trade agreement have now been placed under jeopardy.

Well what will happen after this? The US will start with trying to mend the damaged relations with the EU countries tapped, at the forefront Germany and France. However, whatever the Obama administration does do, the free trade agreement meetings will end problematically. Due to the secret interest the US had in their economies and security, the Europeans will keep extending this process. If the US-EU free trade agreement begins to resemble the Turkey-EU relationship, we should not be surprised. In the past months, in this column I had said, "If the US and the EU for some reason cannot sign the free trade agreement, and if this issue over is spread over a span of time, it would be the best scenario for Turkey". I assume that scenario is coming to realization.