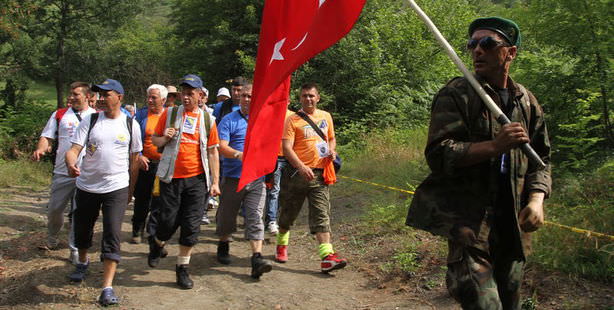 Commemorators will backtrack the wooded route through Bosnia that massacre survivors took 18 years ago when they fled the single worst act of genocide in Europe since the Holocaust.

Participants in the annual "death march" in Bosnia will begin treading in reverse the steps of 3,500 people who escaped Srebrenica, where the invading Serbian troops killed eight thousand Muslim men in the 1995 civil war.

The journey from the city of Tuzla in the north-eastern region to the eastern town of Srebrenica will have the marchers, including massacre survivors and many from Turkey, walk a distance of about 112 km for three days, with the last two coinciding with the beginning of the Islamic fasting month of Ramadan.

The following day, 408 more victims of the massacre will be buried after proper identification procedures have been completed, bringing the total number of the buried to 6,065. The exact number of deaths is believed to be much higher.

The massacre, recognized by two international courts as an act of genocide, took place on July 11, 1995 when the Serbian troops under the leadership of Ratko Mladic invaded Srebrenica and killed eight thousand men above the age of 14 in the city.