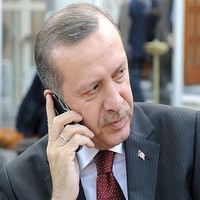 According to Prime Ministry sources, Erdoğan exchanged ideas about the regional developments, Egypt being in the first place with his French and German counterparts.

The leaders came to terms that returning democracy to Egypt had great importance.

Erdoğan and Merkel also agreed to take up the issues in more detail during the G-20 Summit in St. Petersburg in September.