The Times' fall from grace 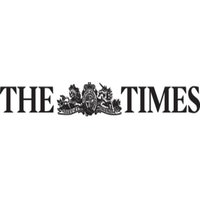 In the eyes of the western the portrayal of the Gezi Park protests have been manipulative and one-sided.

In the eyes of the western the portrayal of the Gezi Park protests have been manipulative and one-sided. From the very beginning of these protests, from an advertisement placed the New York Times, to the CNN's Gezi Park marathon, since the very start when it came to these "peaceful protests" the western media took a biased stance which more often than not involved publishing and broadcasting manipulative coverage that couldn't be farther from the truth. The ad formulated to resemble a letter to the Turkish Prime Minister aired in the Times in late July once again fell true to this trend.

The letter with its content leaves much for suspect, lacking any academic content, leaves the reader with no doubts as to why none of the signers are from an academic background. The letter has an element of irony, in that being signed and put forth by a group of Hollywood writers, actors and directors; it allows for the reader to realize that just like their other products, this letter is one of fiction.

The letter claims that the governance in Turkey is a fascistic one, drawing parallels between the government in Turkey, to the one in place during the Third Reich. Drawing parallels between the staged Nazi support rallies to those that took place in Turkey without considering one obvious truth. The truth that the supporters of Erdoğan took to the rallies by choice, asking for the western media to acknowledge the legitimacy of their democratic right, asking that their voice too be heard. Though this fell on deaf ears, as outlets such as the Times chose to misinterpret it, manipulating the rallies intent depicting legitimacy as fascism.

The letter claims that the rights of equality for Turkish citizens are being shunned as a growingly authoritarian presence in government proactively acts to deny them their rights. How could this possibly be the case in a country where the supposedly dictatorial Erdoğan's own daughter cannot enter employment as a civil servant due to the sole reason that she chooses to wear a headscarf, a symbol of devotion to her religion?

Even though the AK Party during their 10 years in office has passed many regulations to further democratize the country, the Times still felt it fit to publish this entirely slanderious advertisement. The AK Party continuously worked on new laws and legislation, adding more freedoms in such issues as the removal of the head scarf ban from public buildings such as hospitals and universities, the removal of the ban on Kurdish language in institutions of learning and government, and last but not least the once again allowing for the teaching of the Qur'an within schools and universities. Of course, the letter failed to mention any of these, and instead focused on the new regulations that are were passed regulating alcohol sales (though the laws on these issues still remain more relaxed than those in place in the United States).

It was also the Ak Party government, that recently passed new laws giving back property that was annexed from Greek and Armenian civilians during the early days of the republic (during the single party system days). It is also note worthy to mention that the CHP highly opposed and tried to stand in the way of the overturning of these anexations which their forefathers' engaged in. Which of these seem like the actions of a party seeking actual democracy, and actual equality?

How could they misinterpret the millions taking to rallies to show support for their democratic rights? How could they endorse the removal of an administration elected with 50% support in a multi-party system in order to support the radical beliefs of a segment of public that does not even represent 30%. How could they proactively support these ideas that would stand against the very definition of democracy? How could they take an anti-coup stance in Egypt, while endorsing those that would have Turkey live its 5th coup in history? Has the western media lost sight of what democracy or legitimacy actually is?

When examining the names that signed this "letter" it becomes quite suspect that among the signers there appears the names of very few academics, one of which Dr. Andrew Mango, who's latest work a biography about Ataturk, has been regarded as slander by the very people the "letter" he earlier signed in what was no doubt an attempt to gain an audience among the very people whom he has now offended. The vast majority of the others come from the performing arts (writers, actors, and directors). Leaving one to draw the conclusion that this letter, like the vast majority of their other works, is too one of fiction.