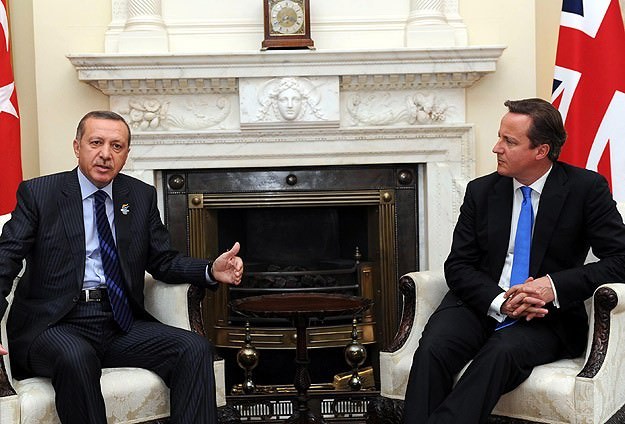 In a phone call with Cameron on Tuesday, Erdoğan urged "concrete steps" be taken by the UN Security Council in Syria and he called for urgent return to democracy in Egypt with the participation of all segments of the Egyptian society.

Erdoğan and Cameron exchanged views on the latest developments in Egypt and Syria and in the wider region.

Erdoğan stressed that the international community and the United Nations (UN) Security Council must take concrete steps for a solution in the Syrian civil war.

He also called for an urgent return to democracy in Egypt with the participation of all segments of the Egyptian society.

The Turkish prime minister urged the release of Mohamed Morsi, the first democratically elected president of Egypt, who has been kept in an undisclosed place by the Egyptian army, along with other detained politicians, since his ouster by the military on July 3.