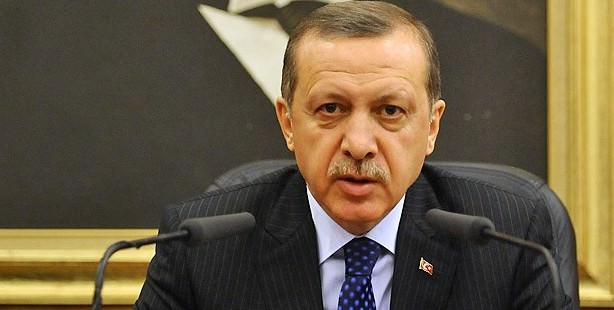 Turkish PM Erdogan on massacre in Egypt: "One day those pharoes will face a Moses who would end the tyranny"

Turkish Prime Minister Recep Tayyip Erdogan severely criticized Thursday the Western world and said that "one day those pharoes will face a Moses who would end the tyranny," referring to the Egyptian government that came into power after a coup d'etat last month.

During a press conference held at Ankara Esenboga Airport before his departure for Turkmenistan, Erdogan said "democracy throughout the world would be questioned if West would not take serious steps."

Erdogan called Wednesday's incidents as massacre that claimed the lives of many hundreds of people and said it was the result of the military coup.

Stating on the massacre, Erdogan stressed that "those who remain silent and indifferent to the massacre in Egypt, are among the culprits".

He urged the Western world to react against the bloodiest massacre in Egypt since the military coup staged against democratically elected Egyptian President Mohammed Morsi was overthrown.

"Coup makers massacred those who wanted their votes to count in a democracy. The West never said that was a coup although they were confessing it was a coup in our private talks", Erdogan said, "Those who resisted against the military coup in Egypt, did not resort to violence, did not use weapons [...] The Egyptian people will gain their rights sooner or later. One day those pharoes will face a Moses who would end the tyranny."

Criticizing those who were responsible of the massacre, Erdogan underlined that the ones who committed the bloodshed should stand trial in a fair and transparent way.

Erdogan stressed they would continue to say what they believe in and said traps were continuously set on the Islamic world, adding those were including Turkey.

"Therefore, let's not forget that nobody wants a strong Turkey. Therefore, we need to be strong. First of all, we have to get along with each other and to be in solidarity," Erdogan said. Not only democracy but humanity is aimed in Egypt. Turning the army, soldiers, police and heavy weapons against its own people, slaughtering them, who do nothing else than standing on the square can not be ignored by saying those were 'domestic issues'."

"Democratization hopes did not fade with the coup, but on the contrary it strenghtened it. The resistance of Egyptian people, which has been lasting for months, should be commended," Erdogan said.

Egyptian official figure for the death toll during yesterday's massacre stands at 278 but the number announced by organizers of the sit-in that security forces brutally dispersed is as high as 2,600.

Thousands were injured during the violent dispersal of the two pro-Morsi sit-ins.

The move has sparked angry protests in provinces across the country, with deadly clashes being reported in several areas.