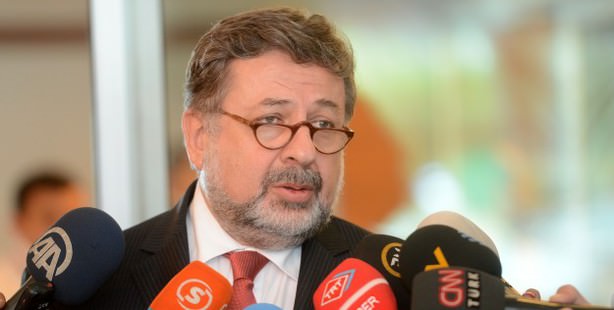 Turkey's Ambassador to Egypt Botsali has arrived in Ankara for consultation

Speaking at Ankara's Esenboga Airport, Botsali said he would hold talks at the Ministry of Foreign Affairs, adding "We will decide what to do in accordance with the decisions to be made by the government."

He said he would meet with Turkish Foreign Minister Ahmet Davutoglu within the shortest possible time.

Egypt has been in a state of turmoil since security forces on Wednesday violently dispersed two major protest camps set up by pro-democracy demonstrators who condemned the overthrow of country's first elected president Mohamed Morsi in a July 3 military coup.

The Health Ministry has said that at least 638 people had been killed in nationwide violence since Wednesday, including 288 in Rabaa and 87 in Nahda.

However, the official death toll remains far below that given by the pro-democracy alliance, which has put the number of deaths from the Rabaa sit-in alone at some 2,600.

Pro-democracy demonstrators are staging a fresh wave of rallies in several Egyptian cities today to protest Wednesday's violent dispersal of their two main protest sites in Cairo and Giza.