The Turkish position on the Egyptian coup 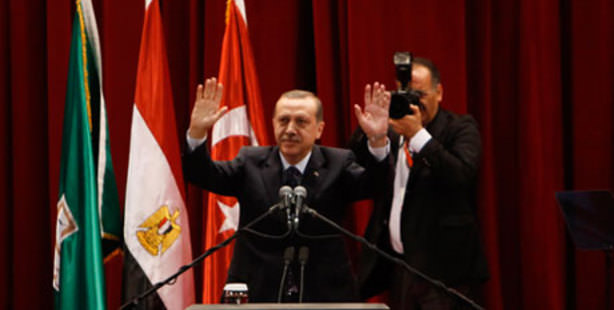 "A democratic Egypt would have been a closer ideological ally to Turkey than any military run state."

With the summoning of their respective ambassadors back to their home countries for consultations, it is a source of endless bemusement for many in Turkey, both citizens and policy makers alike, that the putschist authorities in Egypt are offended by Turkey's total rejection of the illegal military coup against the first democratically elected Egyptian head of state in history, President Mohamed Morsi.

After all, we are talking about a nation and a people who have a long, dark and terrible experience of dealing with military involvement in politics. The Turkish military not only overthrew the democratically elected government in 1960, but also executed its leader Adnan Menderes. Since then, the Turkish military seemed to be an ever present spectre, haunting the halls of power as the real kingmakers of Turkey, and intervening whenever democracy inconvenienced them. This came at the cost of decades of stunted democratic progress, countless lives, and significant civil strife, and only came to an end after the AK Party government swept them off of the political stage and into the courtrooms to answer for their crimes.

Thus, it is of no surprise that Turkish Prime Minister Recep Tayyip Erdogan has unleashed powerful rhetoric lambasting not only the coup instigators in Egypt, but also the West who stood to one side and allowed the fledgling Egyptian democracy to be throttled in its cradle. This is of course the same West that frequently extolled the virtues of democratisation across the Middle East, and yet seemed to be highly selective with regards to which people deserved democracy, and which did not. For instance, the US exerted no pressure whatsoever on the oil-rich Arab Gulf states, such as Saudi Arabia and the UAE, to embrace democracy, and yet they stood against the choice of the Palestinian people when they elected the Islamist Hamas movement in free and fair elections in 2006 purely because it did not suit their realpolitik or the needs of their strategic allies such as Israel. Events in Egypt today can be viewed under a similar lens, and the proof is that the Americans laughably stuttered their way through press conferences just to avoid using the word "coup" in order to legally continue their aid to the Egyptian military.

On the other end of the spectrum, and as demonstrated by the government of Erdogan, Turkey is morally and strategically obliged to denounce the putsch and support those pro-democracy demonstrators who have lost thousands in bloody massacres since the start of July. Turkey is finally free of military control over civil life and is progressing democratically by leaps and bounds. It would be highly hypocritical of Turkey to rid themselves of their own politically ambitious generals on one hand, and on the other to condemn the Egyptian people to the same torments that ravaged their own country. This is significant, as it is rare indeed to find a Turkish citizen who would support any coup.

Finally, it is no secret that Turkey is a rising power and has desires to influence global events. The Turkish economy is internationally envied, it has aspirations to produce its own military equipment such as the Altay tank, and it is also the second largest army in NATO. This is all not to forget that the AK Party government has oriented more towards its Islamic neighbours and is strengthening its hand in the region by influencing events such as revolutions against despotic regimes as in Syria. A democratic Egypt would have been a closer ideological ally to Turkey than any military run state. Furthermore, Turkey is well aware that the Muslim Brotherhood and others who desire democracy are not just going to roll over and submit. Sooner or later, they will free themselves of the yoke of military rule just as the Turkish people did, and on that day Turkey will be there as long time friends and allies in their struggle for human dignity and independence from the foreign backed putschists.


Mr. Abdulrazaq is a doctoral candidate in Strategy and Security at University of Exeter. He is also an alumnus of the Department of War Studies at the King's College of London and blogs at The War Journal.