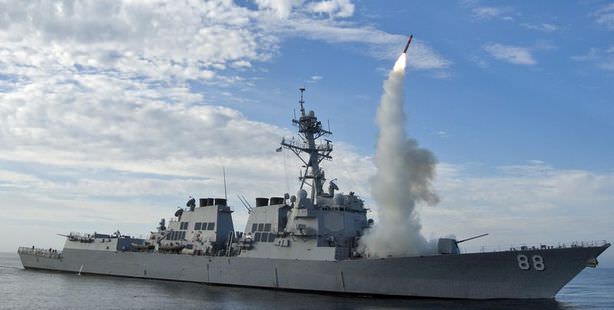 Russian media reported on Tuesday that the Russian Ministry of Defense informed President Putin earlier in the day that they detected two ballistic missiles were launched in the east Mediterranean. Israel has since announced that they carried out a joint missile test with the United States in the Mediterranean.

Russian media announced that Russia detected two ballistic missiles being launched in the east of Mediterranean Sea earlier on Tuesday. According to the Russian state news agency Ria Novosti, which cited a source in Damascus, the missiles fell into the sea. Ria Novosti, based its report on information from Ministry of Defense sources, and claimed that Russia was made aware of two ballistic missiles being launched on the Mediterranean this morning. The missiles were detected by Russian early warning radars in Armawir, located near the Black Sea, at 10:16 (0615 GMT) am Moscow time, after which Minister of Defense Sergey Shoigu informed President Vladimir Putin.

Israel initially said on Tuesday it was unaware of any ballistic missile launch being conducted in the eastern Mediterranean. "We are not aware, at this time, of such an event having occurred," a military spokeswoman in Jerusalem said after a Russian news agency reported the launch of two ballistic "objects" from the central part of the sea eastward.

Israel now says they carried out a joint "Anchor" target missile test with the U.S. in the Mediterranean. The Israeli Defense Ministry said it carried out a test of a missile, used as a target in a U.S.-funded anti-missile system, in the Mediterranean on Tuesday at 9:15 a.m. (0615 GMT) about the same time that Russia's state-run RIA news agency reported that Russian radars had detected the launch of two ballistic "objects".

Meanwhile, after the announcement from Israel's Ministry of Defense, a spokesman for the U.S. Navy's European headquarters stated, "No missiles were fired from U.S. ships in the Mediterranean."