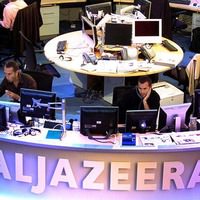 Due to heightened tensions, media outlets and media personal are under fire in Egypt.

Following the coup that toppled the government of Muhammed Morsi, foreign media outlets and personalities have come under the scrutiny of the Egyptian military government. Due to their depictions of the antimilitary protests, and the military's response to the protesters, the military government as well as its supporters are now taking action against media outlets and their personalities.

To this, Neshet el-Dehy was no exception. The former host of the program "Meydan el-Siyase" (Political Square), a program that aired live on Thursday nights from Cairo, admitted that this was the reason behind his resignation from the TRT Arabic program. "There was too much pressure. There was pressure from the street, there was pressure from my friends, and due to the things we aired on the channel (TRT) there was pressure from my surroundings." Resigning last night on his live program he told SABAH in a telephone interview that he thought of resigning earlier, however he refrained from doing so because, "I was intent on sending my message by commenting on the statements made by Prime Minister Erdoğan on live television."

Reaffirming the statements made by Neshet el-Dehy, the Assistant Coordinator of TRT Arabic, Mehmet Akif Ersoy stated that there has been increased pressure on Turkish Media Outlets in Egypt, "I don't think it is a coincidence that on the same day, during the noon hours, the Anadolu Agency's Cairo office was stormed and their news director was taken under observation, and that at night the events that occurred at TRT transpired."

The new found pressure on foreign media outlets is not only limited to just Turkish agencies. A new court order that passed in Egypt has ordered the closure of four television channels. Al Jazeera Egypt and three other TV channels will be shut down following an order from an Egyptian court.

It doesn't just stop with the closure of these outlets, as seven of Al Jazeera's employees were arrested (following a military raid on their offices in which their equipment was seized) and held without charges for five days last week, only to have four released out the seven detained.