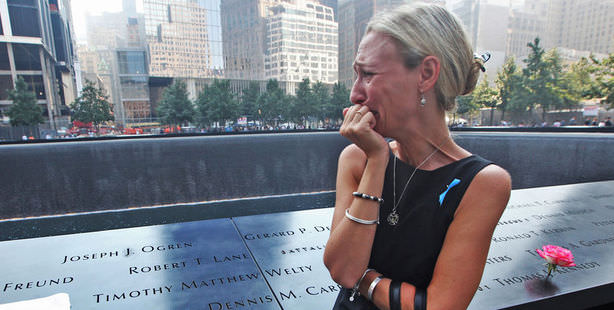 The names of each of the victims, including a 26-year-old Turkish citizen, were read out yesterday in a commemoration ceremony held in New York on the 12th anniversary of the September 11th terrorist attacks on the World Trade Center and the Pentagon.

On Wednesday, U.S. citizens commemorated the 12th anniversary of the worst terrorist attack the country has ever suffered and the deaths of nearly 3,000 people, when planes were flown into the World trade Center and the Pentagon on September 11, 2001.

During a commemoration ceremony held at the National September 11th Memorial Plaza, the names of those who died in the attacks were read aloud, including that of 26-year-old Turkish citizen Zuhtu Ibis, who was residing in New Jersey at the time of the attacks.

U.S. President Barack Obama did not attend the ceremony, which was one of many held throughout the country yesterday, however New York Governor Andrew Cuomo was joined by Mayor of New York City Michael Bloomberg, former mayor Rudolph Giuliani, and City Council Speaker Christine Quinn for an emotional remembrance of the lives lost.

The event at the 9/11 Memorial began at 8:46 a.m. with a moment of silence in recognition of the moment when the first airplane struck the North Tower. A total of six moments of silence were held in yesterday's ceremony to mark each time a hijacked jet crashed into the World Trade Center as well as into the Pentagon near Shanksville.