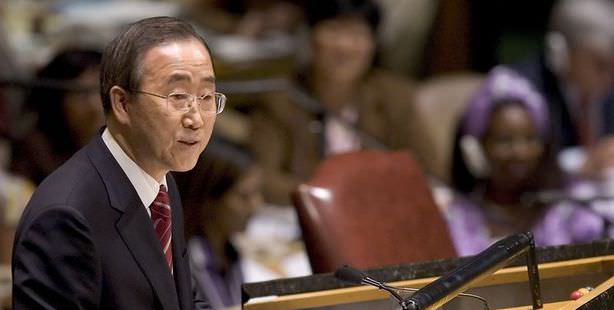 UN inspectors have completed a thorough study into whether chemical weapons were used in the contentious attack, which took place on August 21 in Ghouta, and have concluded that there is “clear and convincing” evidence that points to chemical weapons being used against civilians in a “relatively large scale.”

The report completed by UN inspectors into whether chemical weapons were used in the August 21st attack on the Ghouta suburb of Damascas, was finally presented to UN Secretary-General Ban Ki-moon on Monday. Citing "clear and convincing" evidence, the report states that after a thorough investigation of 14 separate locations, traces of the sarin gas nerve agent were found in surface-to-surface rockets and used in a relatively large scale.

Speaking at a press conference in Geneva, the head of the delegation of UN exports, Paulo Sergio Pinheiro, expressed how difficult it was to collect evidence and stated, "It is impossible to reach a quick conclusion on who was responsible for the attack." The report stated that civilians, including children, were victims of chemical warfare and that there was clear and convincing evidence that surface to surface projectiles containing the nerve agent sarin gas were used in the Tarma, Moadamiye and Zamalka regions of Ghouta.

In a press conference held to announce the release of the UN report, UN Secretary-General Ban Ki-moon stated that it is the moral responsibility of the international community to determine the perpetrators of the attack and for them to face judicial action. "There needs to be legal ramifications for using chemical weapons. Crimes committed by conventional weapons should also not be exempt from punishment," stated Ki-moon.