World press covers Turkey and its downing of a Syrian helicopter 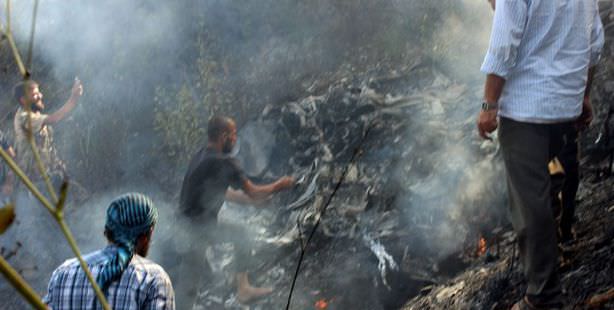 Western media reports have emphasized that this is the first time Turkey has responded by shooting down a Syria plane that violated its borders and write that Turkey, which they say is one of the fiercest critics of the Assad regime, feels the Geneva agreement is insufficient and is seeking a “B” Plan.

Wall Street Journal: A Turkish warplane shot down a Syrian helicopter that had violated Turkish airspace Monday, underlining the regional combustibility of Syria's conflict despite a week of frenzied international diplomacy…Turkey, one of Syrian President Bashar al-Assad's fiercest critics, has had its calls for a Kosovo-style military intervention into Syria to provoke regime change ignored, and has grown frustrated over what it sees as Western indecisiveness.

Financial Times: Its downing is only the latest in a long stream of bloody incidents involving Syria and Turkey along a chaotic and often bloody 900km border. But it also comes at a time when international military tensions had appeared to diminish after Damascus's apparent acceptance of a deal to put its chemical weapons arsenal beyond use. To date, none of the fatal incidents across the Syrian-Turkish border has led to a serious escalation.