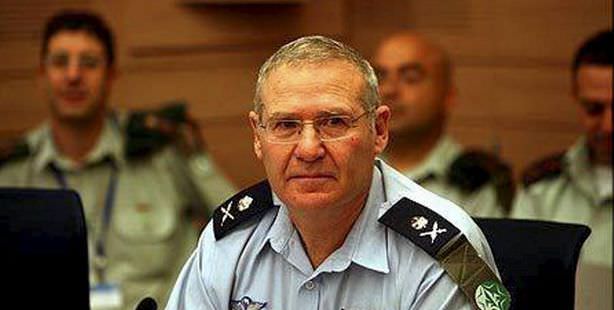 Former Israeli Military Intelligence Chief Amos Yadlin has admitted that the raid by Israeli forces on the Mavi Marmara aid flotilla, which was destined to Gaza to deliver humanitarian aid, was "a huge mistake" that would not have been repeated were the situation to unfold now.

Retired General Amos Yadlin, who was also the Military Intelligence Chief at the time of the raid and is facing trial by the Istanbul 7th High Criminal Court as being one of the main perpetrators of the violent raid by Israeli forces of the Mavi Marmara vessel, which took place on May 2010, and resulted in the deaths of nine Turks has finally broken his three-year silence on the matter by speaking with the AA news agency.

"THE RAID WAS A HUGE MISTAKE"

Commenting on the raid, which resulted in the deaths of nine unarmed Turkish activists and the wounding of over 50 others, former Israeli intelligence chief Yadlin, who is being tried by Istanbul's 7th High Criminal Court told AA reporters that what happened in the Mavi Marmara raid was "a huge mistake." There were mistakes on both sides, stated Yadlin, adding, "I wish what transpired had never happened."

When asked "if the same incident was to occur today would they have acted in the same manner," Yadlin stated, "People always have something to gain from experiences. With the experiences we gained from this incident what happened then would never have happened again."

On May 31, 2010, the Mavi Marmara aid flotilla departed from Istanbul with activists aboard from all over the world intending to transport humanitarian aid to Gaza, whose connection to the outside world had been blockaded by Israel. On that day, and in international waters, the Mavi Marmara aid flotilla, which was carrying items such as toys, food and medicine, was subjected to an air and ship raid by Israeli Special Forces Commandos, which resulted in the killing of nine peace activists. Amongst those killed was 19-year-old Turkish American Furkan Doğan. Meanwhile, over 50 passengers were also wounded.

The fact that the attack took place in international waters and targeted unarmed passengers intending to deliver humanitarian aid, had evoked worldwide criticism. In the heated aftermath of the violent raid, a number of nations took a stance against Israel. Turkey downgraded diplomatic ties with Israel and suspended military co-operation. Turkey listed the conditions of an "apology", "compensation" and the "lifting of the embargo on Gaza" by Israel as a mandatory requirement to repair relations. Last March, Israel issued an apology and announced they would pay compensations to the families of those killed and the victims of the raid. However, in the timeframe that followed, Israeli has taken no steps to fulfill this promise.

WHO IS AMOS YADLIN?

Amos Yadlin is a retired general who served as Israel's military intelligence chief at the time the raid transpired. Yadlin has also served as military attaché to Israel's Washington Embassy. After graduating from Ben Gurion University, Yadlin went on to receive a graduate degree from Harvard. Yadlin served as a fighter jet pilot during the 1973 Arab-Israeli Yom Kippur War and in 1981, he was one of eight pilots to stage the controversial Israeli strike on the Osirak Nuclear Reactor in Iraq. Yadlin retired from active duty ranked as a major general in 2010. He is one of four generals, including former Chief of Staff Gabi Ashkenazi, former Navy Chief Eliezer Marom and former Air Force Intelligence Chief Avishai Levy , that are currently standing trial in Istanbul's 7th High Criminal Court for planning and staging the deadly raid.