9.3 million Syrians are in need of assistance 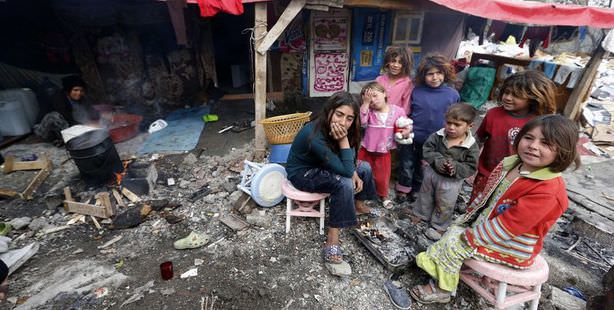 The United Nations has announced that 9.3 million people in Syria, which equates to 40 percent of the population, are in need of emergency aid. Meanwhile, the Geneva Conference has been postponed yet again.

The humanitarian drama unfolding in Syria where a public uprising has since transformed into all out civil war continues to grow exponentially. An announcement made by the United Nations Office for the Coordination of Humanitarian Affairs (UNOCHA) states that at least 9.3 million people in Syria are presently in need of emergency aid. This figure, which accounts for 40 percent of the nation's population, may rise and therefore there is an urgent need to take measures, emphasized the UN statement, adding "This is a disaster and it is ongoing."

Speaking to the press on behalf of the UNOCHA, Spokesman Jens Laerke drew attention to the fact that 6.5 million people have been displaced in Syria due to the ongoing crisis and called on other aid organizations, in addition to the UN, to take urgent and effective measures.

As conflict within the country continues, so do the regime's operations staged against opposition forces. Just yesterday, the Vatican Embassy in Damascus was the target of a mortar fire. Although the strike resulted in property damage to the embassy building, no one was killed or injured in the attack.

Efforts are still under way to seek a diplomatic solution to the crisis in Syria. Meanwhile, the Russian Foreign Ministry has announced that the Geneva Peace Conference, which was expected to be held at the end of this month, has been postponed. The Foreign Ministry announcement emphasized that it would be impossible to fit the upcoming conference into the November timeframe and inferred that the decision to postpone may have been the result of discrepancies between Bashar Assad's regime and the opposition. The umbrella group for Syria's opposition had stated that the deposition of Assad was a precondition to their consenting to attend the conference, whereas the regime has announced that handing over the administration is not on their current agenda.

Syria's Interior Ministry is seeking members for a band

While Syria is in the throes of civil war, its regime continues to apply a series of interesting methods to depict themselves as unaffected by what is transpiring within the nation's borders. Official sources, which often provide photographs depicting the daily lifestyle in Damascus in a positive light, has now released an advertisement calling for applicants to try out to be part of the police department brass band. This most recent announcement released by the Interior Ministry calls on people over the age of 16 with musical talents to apply to be part of the nation's police band. Syria's official news agency had also recently released photographs of Halloween celebrations in Damascus.