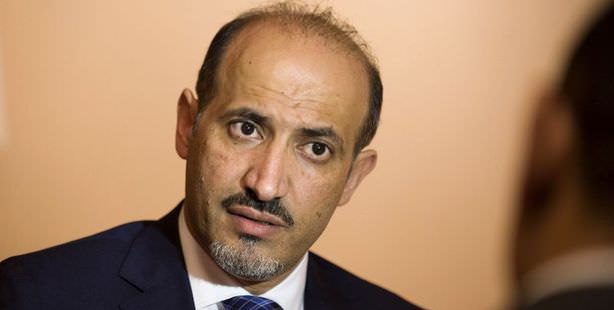 Ahmad al-Jarba was re-elected for the second time as the head of the National Coalition for the Syrian Revolutionary and Opposition Forces during a general assembly meeting held in Istanbul on Sunday.

As clashes between the Syrian forces and oppositions have been continuing, Al-Jarba was re-elected as the president of the National Coalition for Syrian Revolutionary. He won 65-52 votes against former Syrian Prime Minister Riyad Hijab. Al-Jarba will continue to serve in this capacity for the next six months.

Jarba, who was a member of the opposition Syrian National Council (SNC), before joining the coalition, was first elected to lead the coalition in July 2013.

The coalition also elected three vice-presidents: Noura Al-Amir, Abdel Hakim Bashar and Faruq Tayfur.
In further developments, it was reported that, Syrian forces use barrel bombs against the opposition. In the latest attack in Aleppo, at least 30 people were killed including 8 children while 30 others were wounded.
Estimated death toll since the uprising against Bashar al-Assad's regime which began in March 2011 is at least 100,000 people.
Last Update: Jan 07, 2014 5:13 pm
RELATED TOPICS