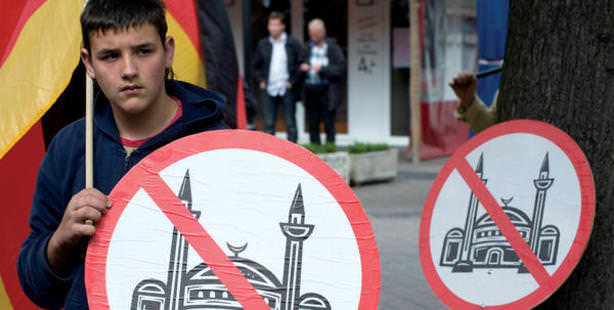 According to a parliamentary report, 38 of the 70 racist attacks happened in Germany.

Germany topped the list in the number of racist attacks targeting Muslims in Europe in 2013, followed by
Bulgaria, according to a human rights report released Monday by Parliament's Human Rights Commission.

The report, which focused on 10 European countries and racist and xenophobic acts committed against Muslims, noted that 38 out of the 70 attacks occurred in Germany. Commission chairman Ayhan Sefer Ustun said that Bulgaria ranked second with 9 attacks, followed by the Netherlands with 6 racist acts.

The list goes on with 5 acts in Belgium, 3 acts each in Austria, England and France and 1 act each in Switzerland, Russia and Ukraine. Attack, arson and threatening letters are among the most frequent acts. It was stated that majority of the attacks consisted of beating, swearing, insulting, throwing stones at mosques, unions and workplaces, breaking windows, destroying Muslim cemeteries, invading houses and beating up families.