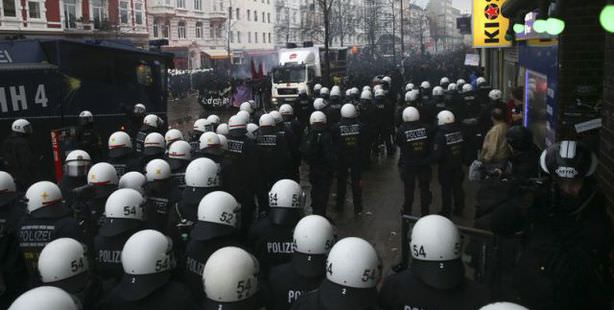 Thousands continue to clash with police in Hamburg over the Dec 21 eviction of left-wing community center "Roten Flora", occupied by squatters for 25 years, despite harsh police interventions.
A huge area in Hamburg, including Altona, Sankt Pauli and Sternschanze were declared a "danger zone", giving police authority to conduct searches, intimidate and detain. It was reported that German police used water cannons and pepper gas to clear the streets. Meanwhile, 170 police and 500 civilians were injured during the on-going demonstration.

"More and more police officers are falling victim to violence every passing day", said the domestic policy expert of Christian Democratic Union (CDU) Wolfgang Bosbach, calling for measures to protect police rights. Interior Minister Michael Neumann, on the other hand, accused protesters of stirring up trouble.
In his statement, the head of police department Peter Born reported that the protesters threw stones and attacked the police.