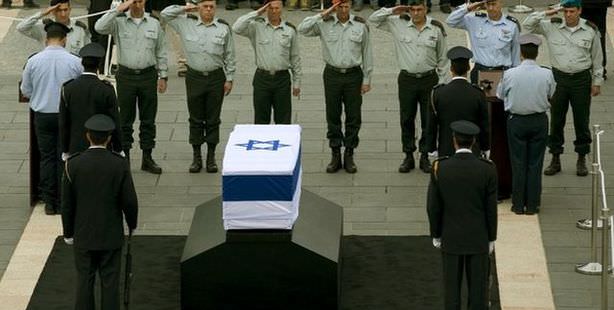 Sharon who died at the age of 85 after eight years in a coma following a stroke is buried near Jerusalem by state funeral. Turkey did not attend the official funeral nor offered any condolonces.

In the state memorial, many prominent Israeli political figures and foreign diplomats were present.
However, no Turkish official attended nor expressed an official condolence.

Maverick army commander and political leader Sharon's death echoed differently in the Israeli and Palestinian sides. While Israel was in mourning, many Palestinians organized demonstrations to remind of the bulldozing of thousands of Palestinian homes and the Sabra and Shatila massacres approved pass by Sharon.