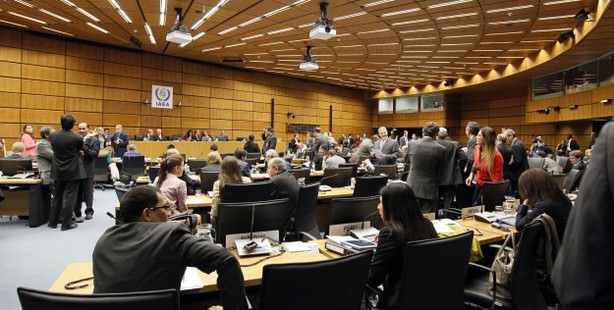 Iran will allow monitoring to be held by the International Atomic Energy Agency (IAEA).

Iran has started its interim agreement with the five permanent members of the UN Security Council plus Germany (P5+1) on its disputed nuclear program.

The P5+1 countries reached a deal with Iran during the third round of nuclear talks in Geneva last November.

According to the joint plan of action Iran will not enrich uranium over 5 percent for the duration of the six months. A report by the International Atomic Energy Agency has said Iran stopped 20 percent of uranium enrichment by cutting the link feeding cascades enriching uranium at its sites in Natanz and Fordo.

The new deal says Iran will not make any further advances of its activities at the Natanz Fuel Enrichment Plant, Fordo and the Arak reactor. In return the US and EU will stop further sanctions on Iran's crude oil sales, enabling Iran's current customers to purchase their current average amounts of crude oil.

There are challenges ahead. A conclusive agreement on Iran's nuclear program has been seen as unlikely. US President Obama forsees a success rate of 50 percent for a conclusive deal with Iran on its nuclear program. If Iran does not live up to the agreement, the US will go back to implementing the economic sanctions on the oil producing nation. The Iranian opposition has condemned Iranian President Hassan Rohani arguing that Iran's right to have nuclear energy is violated. Rohani came to power during an economic crisis and the ongoing negotiations have become a hope for the economic recovery of Iran. The agreement has also been criticized by the two significant US allies Saudi Arabia and Israel.