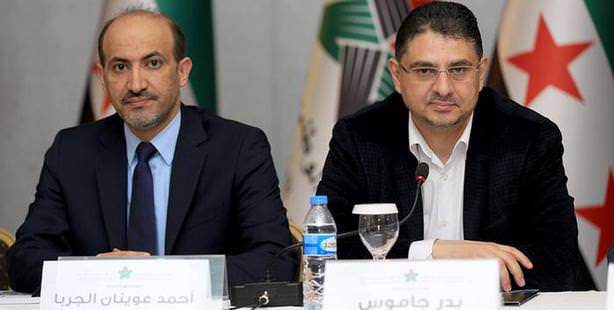 Opponents of the Syrian government have threatened not to attend peace talks in Switzerland after UN chief Ban Ki-moon extended an invitation to Iran. The Syrian National Coalition demanded the invite be retracted.

Washington, however, suggested it could support Iran's participation if it explicitly declares its support for a June 2012 plan for a political transition that the United States says means Assad would have to step down.

"This is something Iran has never done publicly and something we have long made clear is required," State Department spokeswoman Jen Psaki said in a statement. ""If Iran does not fully and publicly accept the Geneva communique, the invitation must be rescinded.

Ban said earlier that he had invited Iran to attend the first day of talks on January 22 in Montreux, Switzerland and that Tehran had pledged to play a "positive and constructive role" if it was asked to participate.

Less than 48 hours since Syria's main political opposition group in exile, the National Coalition, agreed to attend the talks, dubbed "Geneva 2," it threatened to withdraw.

"The Syrian Coalition announces that they will withdraw their attendance in Geneva 2 unless Ban Ki-moon retracts Iran's invitation," it said in a Twitter post, quoting National Coalition spokesman Louay Safi.

Another senior Coalition member, Anas al-Abdah, told Al-Jazeera TV by phone that the body was "surprised" by the invitation to Iran. "It is illogical and we cannot in any way accept it."

Some 130,000 people have been killed and a quarter of Syrians driven from their homes in the civil war, which began with peaceful protests against 40 years of Assad family rule and has descended into a sectarian conflict, with the opposing sides armed and funded by Sunni Arab states and Shi'ite Iran.

Western and Gulf Arab nations say they have been reluctant to support the idea of Iran participating at all because it is supporting Assad militarily and has never backed a plan for a political transition in Syria agreed at an international conference in Geneva in June 2012.