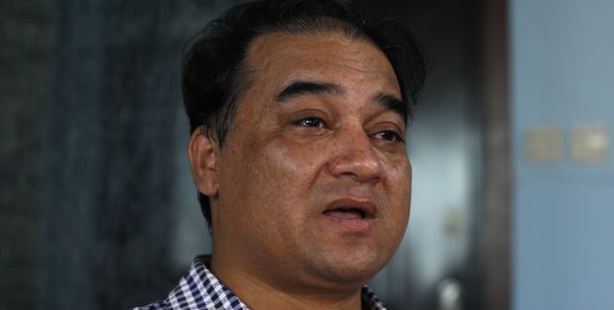 Chinese activists have started a petition calling for the immediate release of detained scholar Ilham Tohti, a prominent critic of Beijing's harsh treatment of Uighurs in western China.

Tohti, himself a Uighur, was taken by police during a raid on his home Wednesday. Authorities have not announced any charges against him, though China's foreign ministry says he is "under suspicion of committing crimes."

A petition posted on the website of Woeser, a Tibetan activist, called for China to either free Tohti or provide proof of wrongdoing. As of Tuesday, over 1,100 people had signed the petition, including many in China.

The 45-year-old Tohti, an economics professor at the Central University for Nationalities in Beijing, has been detained or harassed several times in the past because of his views.

Tohti told VOA in November plain-clothes police rammed his car, took his phone, and threatened to kill him because of his comments to the media.

He regularly criticizes what he views as China's heavy-handed policies in the western Xinjiang region, where Beijing claims it is fighting foreign-backed separatists.

Human rights groups and exiled Uighurs say China is exaggerating the threat in order to justify its repression of Muslim religious life.

Uighurs are a mostly Muslim Turkic ethnic minority group. They complain of government discrimination resulting from a large influx of majority Han Chinese to Xinjiang.

Beijing has blamed much of Xinjiang's recent unrest on what it calls Uighur terrorists. It claims the terrorists are affiliated with the banned East Turkestan Islamic Movement (ETIM) and trained in neighboring Pakistan.

The U.S. State Department designated ETIM as a terrorist group following the September 11, 2001 attacks on New York and Washington. China has warned the group has connections to al-Qaida and Osama Bin Laden.

Tohti had questioned those links, telling VOA in 2011 that anyone "who thinks they can connect Osama bin Laden to the Uighurs should just shut their mouths if they are smart enough."