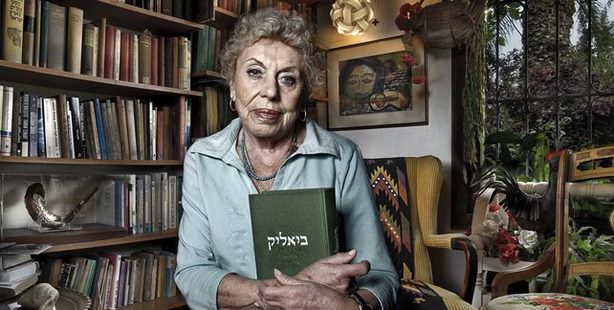 Shulamit Aloni, a fiery former left-wing Israeli leader and cabinet minister who championed Palestinian and women's rights, died on Friday, family and colleagues said. She was 86.

Aloni founded a civil libertarian faction in the 1970's after quitting then Prime Minister Golda Meir's Labour party in a dispute over religious influence in government. Her movement evolved into a tiny party that is still in Israel's parliament.

Born in Tel Aviv, Aloni had advocated the formation of a Palestinian state in land captured by Israel during the 1967 war, long before the sides launched a Washington-brokered peace process that is still searching for an elusive deal.

A 30-year veteran of Israel's parliament, Aloni served as education minister and later communications minister in the late Yitzhak Rabin's government in the early 1990's. He was assassinated in 1995 by an Israeli ultranationalist protesting a 1993 interim deal with the Palestinians.

Aloni continued her activism long past her retirement from politics in 1996, demanding at a 2011 Tel Aviv peace rally "the complete end of occupation."

Israeli Defence Minister Moshe Yaalon of the right-wing Likud party set aside past differences to praise Aloni on Friday, telling the Ynet news Web site; "I always admired her determination to speak up and fight for what she believed in."