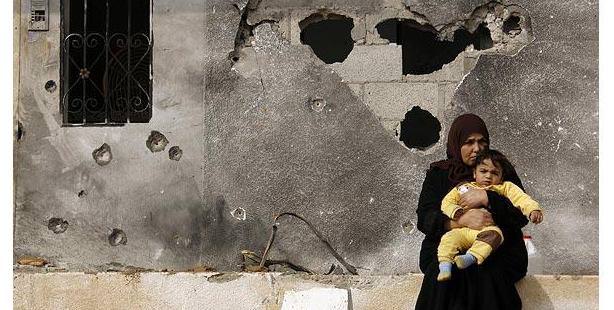 Israeli news site Ynet said that the plan to allow 1,000 tons of cement and "construction materials" into the besieged coastal enclave followed coordination between Israeli officials, the Palestinian Authority, and officials from the international community.

The decision was taken by the Defense Minister and its implemented will be directed by the Coordinator of Government Activities in the Territories, Eitan Dangot.

It was not clear when the transfer would take place.

An historic winter storm struck the Levant in December, leading to major flooding in the Gaza Strip and displacing 40,000 from their homes.

The Gaza Strip has been under a severe economic blockade imposed by Israel since 2006.

The blockade has severely limited the imports and exports of the Gaza Strip and has led to frequent humanitarian crises and hardship for Gazans.

The blockade has also limited recovery operations, as a lack of fuel and electricity have stymied officials' efforts to clean city streets and dry flooded areas.