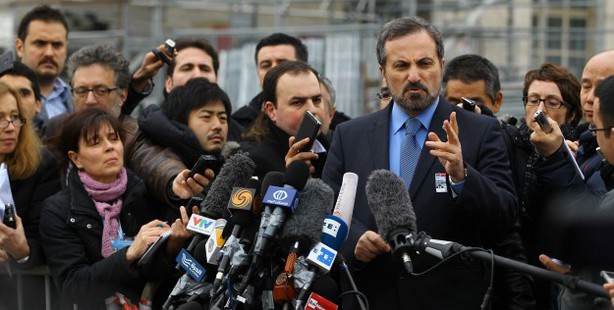 Delegations from the Syrian regime and opposition resume peace talks in Geneva on Sunday under the mediation of UN envoy for Syria Lakhdar Brahimi.

The opposing sides in Syria's brutal civil war discussed humanitarian aid on Saturday during the first day of direct talks, which Brahimi called a "good beginning."

The two sessions of meetings came after a bleak start on Friday, when the talks seemed to be on the brink of collapse.

Brahimi warned that the process was "extremely complex" and progress in talks would be measured "in half steps."

The delegations, which had previously been negotiating through intermediaries, insist on communicating through Brahimi despite being in the same room.