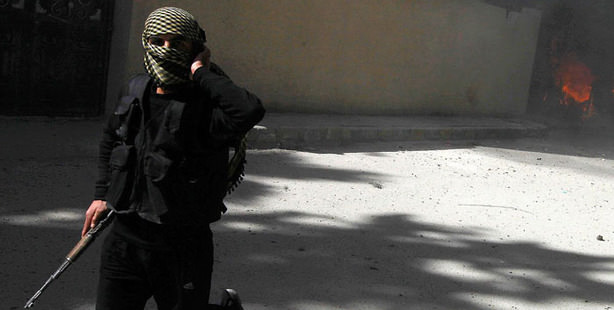 al-Qaeda’s general command said that the Islamic State of Iraq and Levant (ISIL) has no link with al-Qaeda according to an online post.

The statement published on Sunday recalled previous statements by the al-Qaeda chief, Ayman Al Zawahiri, who ordered ISIL to leave Syria and return to Iraq. He also added that Jabhat Al Nusra was the only al-Qaeda branch fighting against the Assad regime.

"al-Qaeda announces it is not linked to the Islamic State of Iraq and the Levant, as it was not informed of its creation [and] did not accept it," read Sunday's statement, which criticized ISIL's mode of operations. This statement was reiterated: ISIL "is not a branch of al-Qaeda, has no links to it, and the [al-Qaeda] group is not responsible for its acts. We affirm our disavowal from the sedition occurring in Syria between fractions of jihadists and from the blood that was shed by any party."

In recent weeks, ISIL consolidated its grip on the northern city of Raqqa, the only provincial capital to fall out of regime control since the outbreak of Syria's uprising in March 2011, imposing their strict version of Sharia law on residents.

The group has also killed the leaders of two other rival groups in Raqqa. ISIL is considered a threat by other rebels for undermining the uprising and by neighbor countries for carrying out terrorist activities.

Rebel-on-rebel violence in Syria has killed at least 1,800 this year alone. The tensions erupted in early January into armed clashes between ISIL and other rebel groups.