Saudis to back Syrian opposition with heavy weaponry 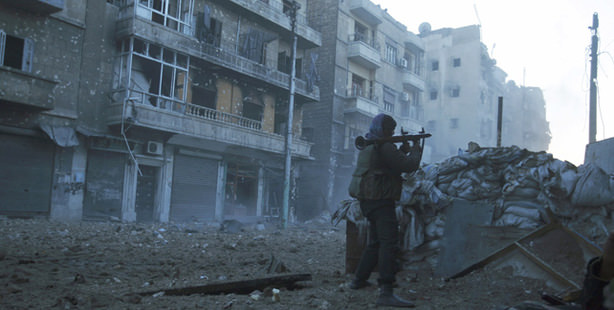 After a stalemate in the Geneva 2 talks officials are confirming, Saudis have agreed to supply Syrian opposition forces with more sophisticated weapons. According to an Arab diplomat they will give the opposition forces Chinese made shoulder fired anti-aircraft missiles that have the capability of taking down jets and anti-tank guided missiles from Russia.

Syrian opposition forces believe that there will be a significant shift in power if the agreement takes place. The Syrian regimes two strongest assets are its air control and heavy artillery, supplying the opposition forces with high grade weaponry would have a strong impact on the internal war. According to the Wall Street Journal, the new supply of weapons have sparked new hope in retaking Damascus to force the regime to accept a political resolution by agreeing to a new governing body without President Bashar al-Assad.

Russian Foreign Minister has accused the US of hijacking peace talks and pushing for regime change saying, "The only thing they want to talk about is the establishment of a transitional governing body." He continued "Only after that are they ready to discuss the urgent and most pressing problems, like terrorism."
The weapons are currently believed to be held in parts of Turkey and Jordan, awaiting shipment to southern Syria according to a western diplomat.