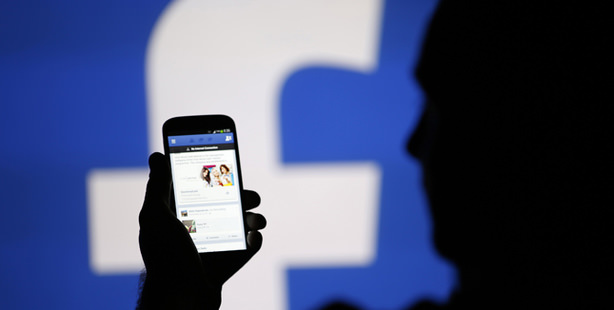 Aiming for one billion users, Facebook will pay $12 billion in stock, $4 billion in cash, and WhatsApp founders and employees receive restricted stock worth $3 billion

Facebook is placing a $19 billion bet on reaching its next billion mobile users with the acquisition of WhatsApp, a popular messaging service that lets people send texts, photos and videos on their smartphones. Facebook said Wednesday that it's paying $12 billion in stock and $4 billion in cash for WhatsApp. In addition, the app's founders and employees, 55 in all, will be granted restricted stock worth $3 billion that will vest over four years after the deal closes.
The deal is by far Facebook's largest and bigger than any that Google, Microsoft or Apple has ever done. But it is likely to raise worries that Facebook and other technology companies are starting to become overzealous in their pursuit of promising new products and services, said Anthony Michael Sabino, a St. John's University business professor.
"I expect there to be a lot of skepticism about this deal. People are going to look at this and say, 'Uh-oh, did they pay way too much for this?" Sabino said.
The world's biggest social networking company is taking the long view. WhatsApp has 450 million monthly users, 70 percent of whom use it every day. The service is adding a million new users a day. There are 19 billion messages sent and 34 billion received via WhatsApp each day, in addition to 600 million photos and 100 million video messages.
At this rate, Facebook CEO Mark Zuckerberg is confident the app will reach a billion users. Services that reach that milestone, Zuckerberg said in a statement, "are all incredibly valuable."
The transaction translates to roughly 11 percent of Facebook's market value. ın comparison, Google's biggest deal was its $12.5 billion purchase of Motorola Mobility, while Microsoft's largest was Skype at $8.5 billion. Apple, meanwhile, has never done a deal above $1 billion.
Facebook's $1 billion Instagram deal seems like a bargain in retrospect. Capturing mobile users '€' and young people '€' was a big reason behind Facebook's 2012 purchase of the photo-sharing app. Even its reported $3 billion offer for disappearing-message app Snapchat pales in comparison. Snapchat rejected the bid.
The deal stunned Gartner analyst Brian Blau. "I am not surprised they went after WhatsApp, but the amount is staggering," he said.
Facebook likely prizes WhatsApp for its audience of teenagers and young adults who are increasingly using the service to engage in online conversations outside of Facebook, which has evolved into a more mainstream hangout inhabited by their parents, grandparents and even their bosses at work.
WhatsApp also has a broad global audience.
Zuckerberg said the service "doesn't get as much attention in the U.S. as it deserves because its community started off growing in Europe, India and Latin America. But WhatsApp is a very important and valuable worldwide communication network. ın fact, WhatsApp is the only widely used app we've ever seen that has more engagement and a higher percent of people using it daily than Facebook itself."
Ten-year-old Facebook is looking to attract its next billion users while keeping its existing 1.23 billion members, including teenagers, interested.

The company is developing a "multi-app" strategy, creating its own applications that exist outside of Facebook and acquiring others. ıt released a news reader app called Paper earlier this month, and has its own messaging app called Facebook Messenger.
Facebook said it is keeping WhatsApp as a separate service, just as it did with Instagram.
WhatsApp, a messaging service for smartphones, lets users chat with their phone contacts, both one-on-one and in groups. The service allows people to send texts, photos, videos and voice recordings over the ınternet. ıt also lets users communicate with people overseas without incurring charges for pricey international texts and phone calls. It's free to use for the first year and costs $1 per year after that. ıt has no ads.
Facebook's shares fell $1.82, or 2.7 percent, to $66.24 in after-hours trading Wednesday after the deal was announced. Earlier in the day, the stock hit a 52-week high of $69.08.
Last Update: Feb 25, 2014 12:21 am
RELATED TOPICS