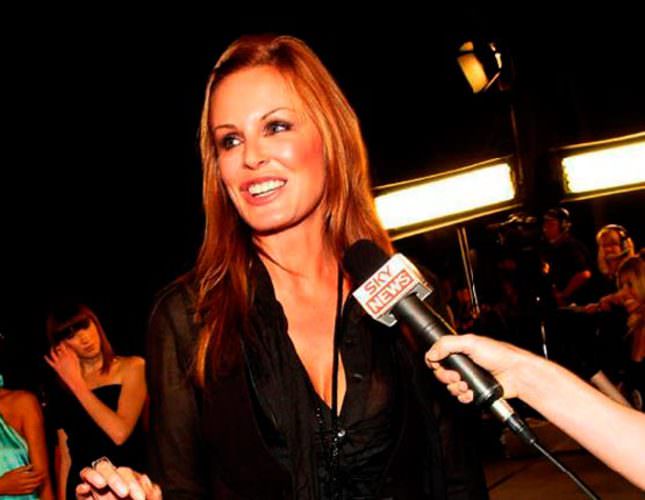 by Feb 25, 2014 12:00 am
Australian TV star and former model Charlotte Dawson, who became an anti-bullying activist after she was targeted online, has been found dead at age 47.

The tragedy was discovered the day after the birthday of her former husband, Scott Miller, an Australian Olympic silver medal-winning swimmer who became addicted to the drug ice and accrued multiple convictions for illegal drug and firearm possession.
Famed for TV shows such as "Australia's Next Top Model," the New Zealand-born star had a history of depression. She was found dead in her Sydney apartment on Saturday morning. Police said there were no suspicious circumstances, which is how they usually describe suicide. Sydney's The Sunday Telegraph newspaper reported that she was found hanged. In 2012, she was admitted to a Sydney hospital after a suicide attempt following an ongoing tirade of abuse on Twitter. She had taken prescription tablets with wine and tweeted: "you win" in a suicide note to her cyber tormentors.

She later made fighting bullying her personal mission, waging an anti-bullying media campaign on television and radio and in newspapers and magazines as well as her beloved Twitter. Her efforts and high public profile on the issue were recognized by the National Rugby League, a major Australian football association, which last year made her an anti-bullying ambassador. The NRL's One-Community campaign is an extension of its zero-tolerance policy toward racial abuse in football. Dawson revealed in her 2012 autobiography "Air Kiss & Tell" that she was frequently visited by the "depression bogeyman." New Zealand Prime Minister John Key tweeted he was "shocked and saddened" by the news of her death. The Sun-Herald newspaper in Sydney reported Sunday that her body was found only minutes before her luxury waterside apartment was due to be sold at auction.