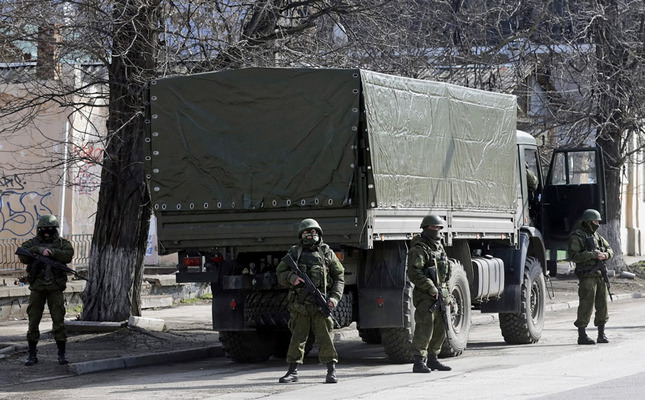 by Mar 01, 2014 12:00 am
Russia's Foreign Ministry said on Saturday that Moscow was "extremely concerned" about recent developments in Ukraine's Crimea, which it said confirm the desire of Kiev's politicians to destabilise the situation on the peninsula.

"In Russia, we are extremely concerned about the recent developments in Crimea," the foreign ministry said in a statement.

The ministry said that there was an overnight attempt by "unidentified gunmen sent from Kiev" to seize the offices of the Crimea region's interior ministry.

"As a result of the treacherous provocation, there are wounded," the ministry said in the statement.

"With decisive actions by self-defense groups, the attempt to seize the interior ministry building was averted. This (the seizure attempt) confirms the desire of prominent political circles in Kiev to destabilise the peninsula," it said.

"We believe it is extremely irresponsible to further pressure the already tense situation in the Crimea," the ministry said.