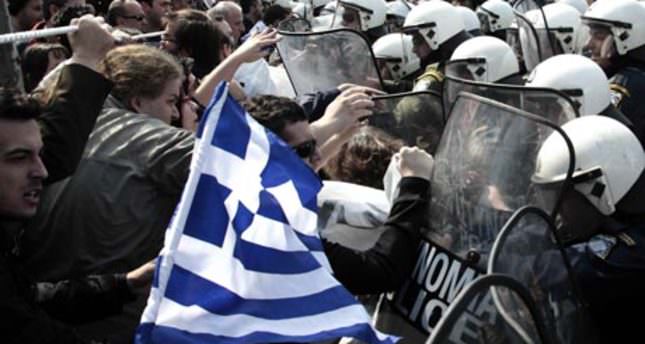 by daily sabah
Mar 07, 2014 12:00 am
Istanbul - Greek riot police used tear gas, pepper spray and batons in scuffles yesterday aganist anti-austerity protesters who took to the streets despite a partial ban on demonstrations in the capital during a visit by German President Joachim Gauck. The scuffles in central Athens broke out when a group of several dozen demonstrators attempted to break through a police cordon set up on a major avenue as they headed toward the Finance Ministry.