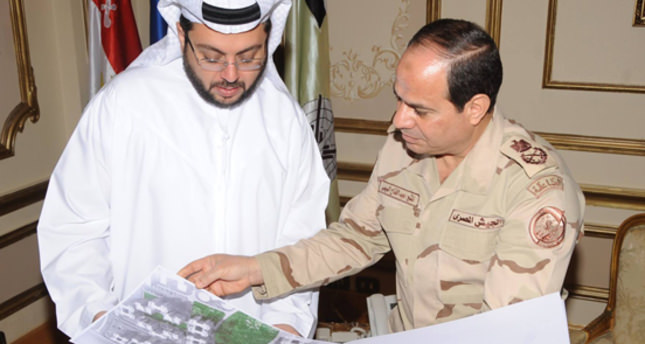 Dubai - Arabtec Holding, Dubai's largest listed construction firm, signed a contract with the Egyptian army to build one million houses in a project worth 280 billion Egyptian pounds ($40.23 billion), the company said in a statement on Sunday. The project, one of the biggest in the region, is seen as a boost to the country of 85 million which has been struggling to attract tourists and foreign investors amid political turmoil that caused a drop in foreign reserves to a critical low last year.

The project will cover 160 million square meters across 13 sites in Egypt for lower-income individuals. The company said it expected construction would start in the third quarter of this year and be completed before 2020. The firm did not say how the project will be financed, but Hasan Ismaik, Arabtec's chief executive, told Reuters on the sidelines of a press conference in Cairo said that the land will be given for free. Ismaik added that there will be an agreement with around 40 banks in Egypt to provide financial facilities for limited-income individuals.

Egypt's economy has been struggling since a mass uprising toppled autocrat Hosni Mubarak in 2011, when millions of Egyptians took to the streets calling for social justice, better distribution of wealth, and an end to corruption. The United Arab Emirates, Saudi Arabia and Kuwait pledged more than $12 billion to help boost Egypt's economy.